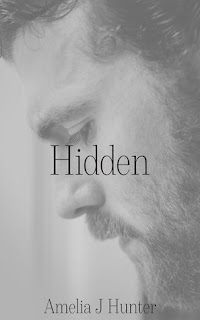 Secrets never stay hidden, do they?
They have a way of creeping into your life when you least expect them.

Samuel Delaney never expected his secret, his past, his mother to destroy the man he had fought hard to become.
But when a white envelope with an Irish stamp, containing a letter handwritten in black ink, arrived on a Wednesday morning, it changed everything, risking the most important thing in his life - Faye, his soul mate for the past ten years.

Samuel had boarded a plane thirteen years ago without looking back. Now, he had no choice but to return and bury his past before it ruined his future. But he didn’t expect the secrets to run deeper, down to a rotten root.

Will the discovery of the hidden secrets change him when Samuel doesn’t want to be changed? 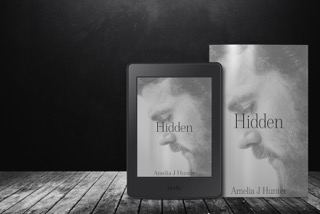 99c for limited time only

“Secrets and lies Samuel, we all have them, some are bigger than others but most we take to our grave.”

“I swear to god if you look at that door again I’ll bang your head off the bar counter, Sam.” Kirk shouted at him above the Sunday night local band that asked to play for free for advertisement.
“Will you call her and straighten out your shit.”
“What the fuck you on about?” Cocking his head back while pulling a fresh pint.

“Shit man, Faye! I think I prefer you passed out on the bed than being…. distant.”
“Fuck Kirk, I didn’t know you turned into a girl. That’s emotional shit you said then, do you have your period too?”

“What is an ideal upbringing now days? Crikey Sam this world is so fucked up on so many different levels that no one knows what is normal anymore. What is wrong for some is right for others. That, I guess, is what makes the world amazing and terrifying at the same time.”

Amelia J Hunter is an indie writer who likes to take her reader on a journey through her descriptive contemporary romance novels.

Leaving the bright lights of London behind in the early 90's, Amelia now lives in the Irish countryside with her family, a good coffee maker and plenty of talk.