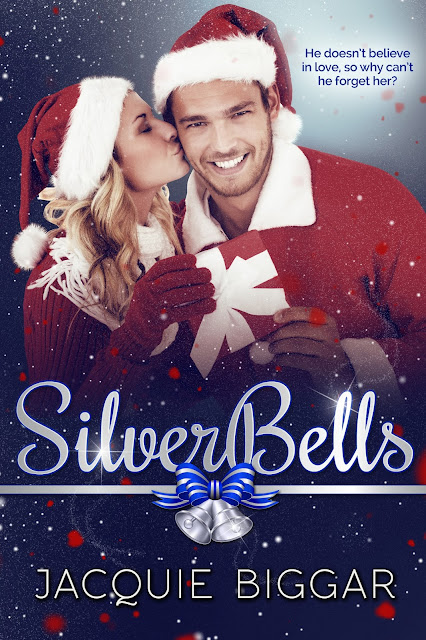 Mystery writer, Joel Carpenter, has no time for romance. He has a deadline to meet, and too many skeletons in his closet to trust the slightly spinny artist renting his house.

Christy Taylor has her hands full dealing with an ailing business and a diabetic daughter, she doesn't need the temptation that is her landlord, Joel Carpenter.

Can a Christmas wish bring two stubborn souls together and give a little girl the gift she wants most?
A family of her own.

A pair of dark brown hiking boots—size enormous—came into her line of sight and her heart skipped a beat. Most people on the island were friendly and kind but she was a woman on her own and it was rapidly getting dark. How stupid.

She tightened her grip on the bag and cursing the fact she’d been so irresponsible, slowly rose to her feet, her gaze following the long, clean line of jean-clad legs, dark cotton shirt, tucked in and belted at the waist, open leather jacket, and chiseled jawline covered in a day’s worth of stubble. Glittering eyes stared at her from a deeply tanned, aloof-looking face.

“Quit following me.” The voice matched his visage, cold, harsh, and unforgiving.

So much for her fantasy hero, Christy stiffened and glared. “Kind of full of yourself, aren’t you?”

He leaned back and crossed his arms, his stance unforgiving. And to think she’d found him intriguing. Ha, more like infuriating.

“So it’s just a coincidence that every time I turn around, there you are?” He lifted a hand and she flinched. He hesitated, then rubbed the back of his neck. The rasping sound along with the backdrop of the swishing waves made her feel—restless.

“Look, I don’t do interviews, okay? Not even for cute little pixies. Tell your boss, next time I’ll call the cops.”

Incredulity overrode her curiosity. “Are you serious? I have as much right to be on this beach as you do, buddy. Trust me, you’re not half as fascinating as you seem to think you are.”

In between one breath and the next, Mr. Personality seized the bag out of her grip and delved inside.
“Hey, give that back,” she cried, trying to wrestle it out of his grasp.

“If you have nothing to hide…” He pulled the drawings free and turned his wall of a back on her.

Christy couldn’t believe this was happening. Adrenaline zipped through her body, leaving her feeling more alive than she had in a long while. And it was all due to this… this jerk ripping pages out of her workbook while she stood by helpless to do anything about it. All that work—gone.

“Please,” she begged, her throat husky. “I meant no harm. I draw for a living. That’s all they are, drawings.”

At least the shredding stopped.

He leveled his gaze on her again, as though deciding whether to throw the whole bag out to sea or not. She really hoped not. It had taken months to save up for those pencils. They were the very best and made a huge difference to the level of her workmanship.

He hesitated, then folded the sheets of paper he’d taken and shoved them into his jacket pocket before handing over her bag.

“Next time you might try asking,” he said dryly. His voice floated on the breeze as he clumped away in those heavy boots. “The answer would’ve been no, by the way.”

Was it too much to ask that he trip over his enormous—arrogance?

JACQUIE BIGGAR is a USA Today bestselling author of Romantic Suspense who loves to write about tough, alpha males who know what they want, that is until they're gob-smacked by heroines who are strong, contemporary women willing to show them what they really need is love. She is the author of the popular Wounded Hearts series and has just started a new series in paranormal suspense, Mended Souls.

She has been blessed with a long, happy marriage and enjoys writing romance novels that end with happily-ever-afters.

Jacquie lives in paradise along the west coast of Canada with her family and loves reading, writing, and flower gardening. She swears she can't function without coffee, preferably at the beach with her sweetheart. 🙂 You can also join her street team on Facebook: Biggar's Book Buddies and sign up for her newsletter. Connect with Jacquie on her website, Facebook, Goodreads, and Twitter.

a Rafflecopter giveaway
Posted by awhit333 at 3:47 PM