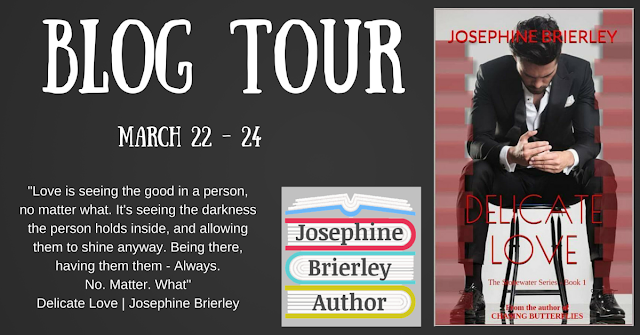 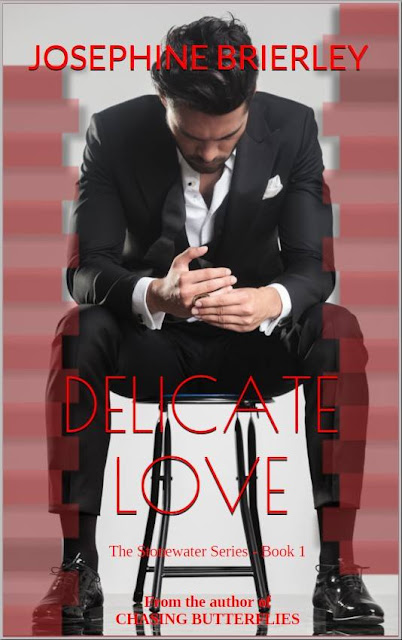 Life has dealt some heavy blows to Mackenzie Tillar. Bullied as a child, and no one to turn to, the one person, who was meant to protect her, to raise her, and surround her with unconditional love, had let her down. Kenzie learnt to deal with life in her own promiscuous way. Until that one fateful night when she met Sam, now she was contemplating breaking the very rules she had instigated.
For Samuel Edwards, being orphaned at a very young age meant that he found his own way in life. He lives it as he pleases, no room for relationships, no belief in love. It was never a part of his life. He’d never craved it, and never missed it. Until one night when he meets his match with Kenzie, she has the same rules, same fears.
They are both void of love, both not even searching for anything else. Fate brings them together, and thirty-six questions ignite a spark in them both. Could thirty-six questions lead to love? It was an experiment worth exploring.
Now they are playing a game, a game that suggests more, but is it more than they have bargained for?
** This book is Part 1 in a series, but is a stand-alone. There is no cliffhanger.
**This book contains some sexual content and disturbing situations. Over 18 years
recommended.

Delicate Love: The Stonewater Series, book 1 by Josephine Brierley
My rating: 4 of 5 stars

Mackenzie is trying to deal with her traumatic past and move forward with her life. Samuel is living a life that is tainted by his own past ordeals, when he and Mackenzie meet at a bar while traveling and have an amazing night together. Although both experienced something stronger than expected, they didn't expect to see another again. Their lives do intersect again when they realize that they are now living in the same town. It is clear that they still share a strong attraction to one another, but neither feels very equipped to have a real relationship.

This was a book that I read straight through once I started. I was hooked quickly, and it held my interest throughout. Mackenzie and Samuel are both easy characters to care about. Despite trying to keep herself closed off from real relationships and strong emotion, she is kind, fun, and engaging. Her independence and confidence is admirable and the others around her seem to recognize and appreciate those qualities in her as well. Samuel has decided to make the most of his adulthood after a rough childhood. He is very successful, but is not ostentatious. He is a good friend, and appreciates those who have been emotionally supportive to him over the years.

The sexual chemistry between Mackenzie and Samuel is very hot! Their non-physical connections are also clear. The author's use of Arthur Aron's 36 questions that increase interpersonal closeness was really interesting, and added a lot to the story. These questions gave Mackenzie and Samuel the structure they both needed to open up about things in their lives that needed discussing and revealing. I found this story very charming and touching. There were some emotionally tough parts, as both of these characters have been through some brutal experiences. At times the dialogue felt a little too philosophical and hyperbolic, but for the most part I didn't care. I enjoyed spending time with Makenzie, Samuel, and their friends, and I would gladly read more by this author in the future. 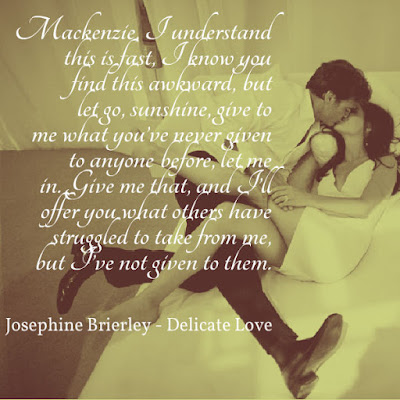 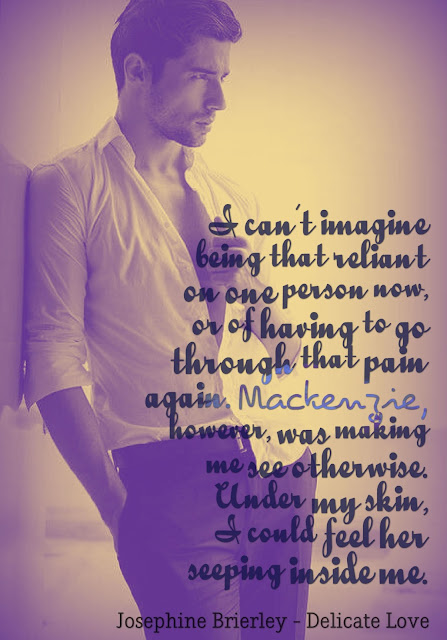 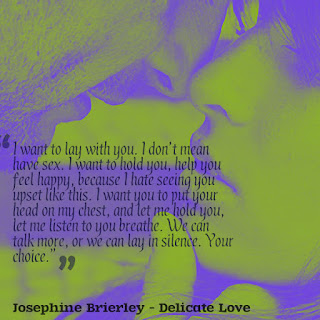 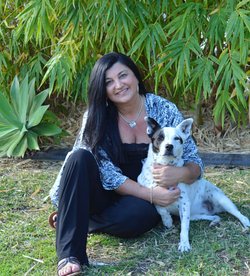 Josephine (Jo) is that person that watches the world turn, studying the characters that exist in life each day, finding different personalities, traits and attributes that can be worked into the stories that flow into her head.
She loves the escapism of writing, finding the time to create new characters whenever she can. With the support and encouragement of her husband, Jo has completed her second novel.
Delicate Love is an adult contemporary romance, with just a touch of anguish.  It's real life, mixed with angst and romance. The story revolves around 36 questions that were originally written as an experiment by Arthur Aron, 41 years ago. His aim at the time was to have a couple fall in love within his laboratory, to prove that intimacy could be encouraged. The laboratory part sounds romantic doesn't it?
Chasing Butterflies was Jo's debut novel, and is a story she decided she wanted to tell after her own experience with breast cancer. In July 2012, Jo decided that a Bilateral Mastectomy was the best option for her after being diagnosed. Thankfully she was given the all clear after her surgery. It is a story based loosely on her own breast cancer journey, a story of a young woman who faces decisions that no one should have to and finds love along the way.
Jo lives on the Gold Coast, Australia, with her husband Rob, and pet dog Paris. Together they love entertaining, good times with friends and enjoying life. 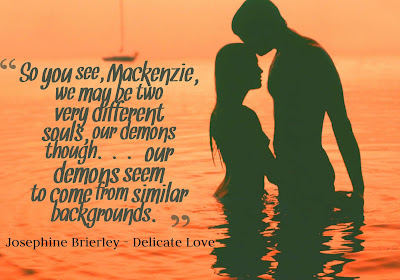 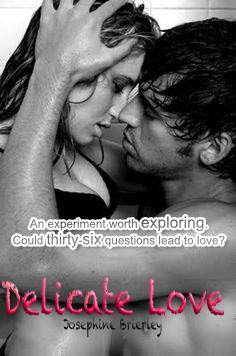