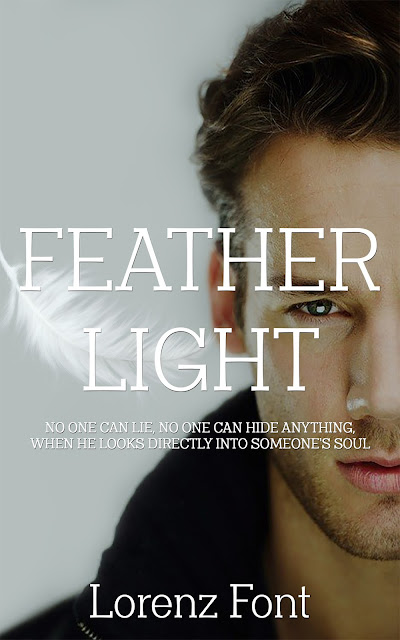 Parker Davis has conquered three major American cities and is the new ‘it’ man in massage. He earned the nickname ‘Feather Light’ for his sensual touches, tender caresses, and soft voice eliciting an almost orgasmic release. Clients from all over clamor for his services, and his clientele are growing by the minute. Business is at its peak, which makes Parker a busy man who has no time to deal with problems, let alone dwell on his blindness. With his declining vision, Parker has to accept his limitations and the changes brought forth by this disease, but he is not ready to relinquish the last control he has left. He is still the master in his bedroom. Kelly Storm, a Hollywood actress, will do whatever it takes to get some much-deserved peace. Being famous has its perks, except the little privacy her popularity afforded her is slowly eating at her. With the paparazzi hounding her every minute of the day and her personal life under constant scrutiny, Kelly wants a semblance of normalcy wherever she can get it. Under the urging of a close friend, she agrees give Parker a try.

Their first meeting is nothing she expects. Kelly finds comfort in his gentle probing and the spellbinding experience guaranteed to keep her coming back for more. Parker knows the woman on his table is special. He feels her vulnerability with his fingertips, and her smooth curves leave a burning ache inside him.

One night of steamy passion is all it takes to know that they wanted each other in more ways than one. Kelly hides in heavy disguises, making it impossible for Parker to know her true identity. What secret is Kelly keeping, and will she trust Parker enough to tell him the truth? Will Parker see beyond Kelly’s lies to show her what a future with him holds?

“I’m going to fuck you more than once because I know you like it. You have the option of leaving now if you think you can’t take it. Do it while I still have some control left. Once I begin, I expect nothing from you. I don’t want to hear any explanations or apologies. You’re only allowed to utter your safeword. After this night, we’re going our separate ways and forget we ever met.”

He worked at yanking her blouse open, one button after the other. She shivered, not from the draft in the room but from the coldness of his words.

She bit her lip, trying to stifle her cries. How can someone so beautiful turn so ugly? The whole night was morphing into a nightmare. When the last button was undone, he pulled her blouse free and threw it on the floor. She covered her breasts with her hands, feeling vulnerable and outright exposed.
“Lie down, spread your arms and legs,” he commanded while mounting the table.

She followed his orders, stretching her legs apart and raising her arms over her head. He pulled a strap from each corner.

“I’m going to tie you up while I show you what I really am in the bedroom.” He hesitated. “Now is the time to leave.”

He started restraining her wrists and sneered. “You’re gonna love this.”

Feather Light by Lorenz Font
My rating: 2.5 of 5 stars

I liked the premise of this book, but there were problems with the execution. The dialogue was choppy at times, and the characters didn't feel fully developed. I also struggled with the way Parker's particular sexual kinks were presented. I felt like the author was telling us what Parker's sexual preferences were rather than the reader actually getting to feel it through the character's actions. There was a lot of talk about how Parker liked very specific kinds of control and "role play", but the demonstration of that didn't really come through. There was some chemistry between Parker and Kelly/Ann, but I felt like we were really only getting surface interactions between the two characters.

If I think about the basics of the storyline, this is still a book I want to read. I would just like it all executed a bit better. 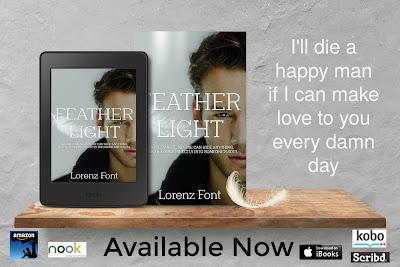 A professional daydreamer, Lorenz Font discovered her love of writing after reading a celebrated novel that inspired one idea after another. Since being published in 2013, she has been conspiring, butting heads, and enjoying her spare time with vampires, angels, samurais, and other creatures she has created in her head.

Her perfect day consists of writing and lounging on her garage couch (a.k.a. the office) with a glass of her favorite cabernet while listening to her ever-growing music collection. She finds writing urban fantasy exhilarating and places an intense focus on angst and the redemption of flawed characters. Her fascination with romantic twists is a mainstay in all her stories.

Lorenz lives in Southern California with her supportive family and three demanding dogs.