Bring Me Back and Back Forever by Karen Booth- Review Tour! 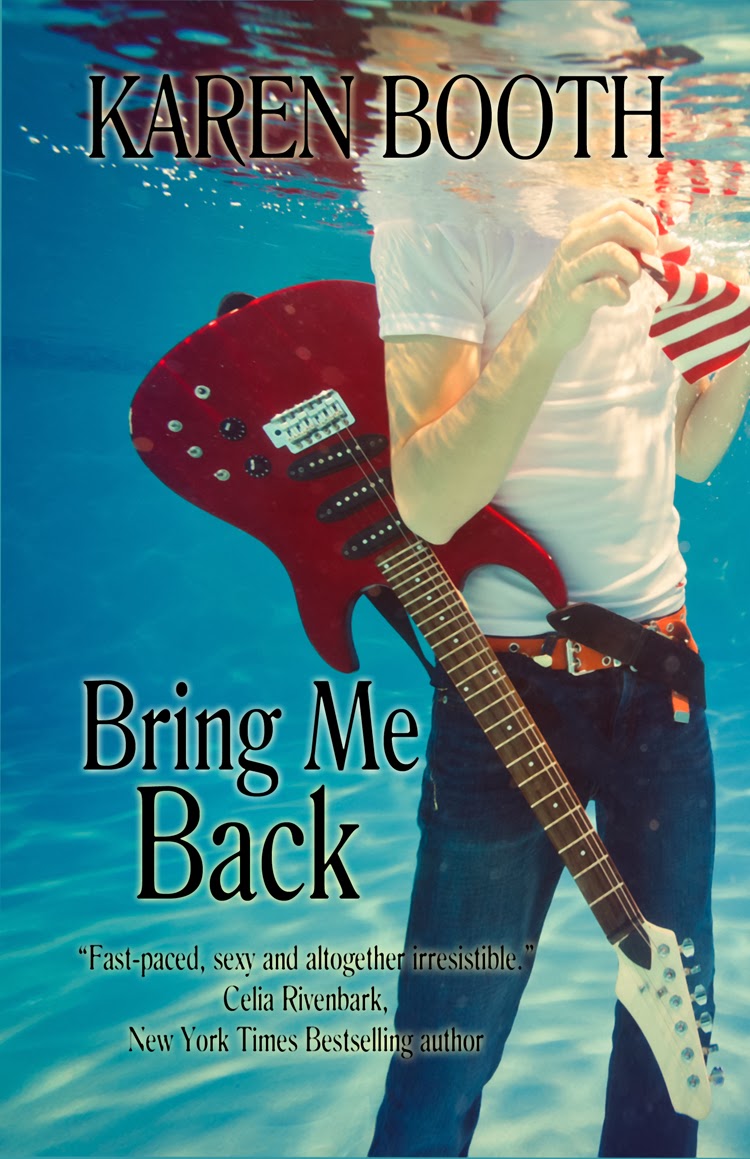 Title: Bring Me Back
Author: Karen Booth
Genre: Women's Fiction Romance
Publication Date: January 20, 2013
Publisher: Turquoise Morning Press
Event Organized By: Literati Author Services, Inc.
Synopsis
Music critic Claire Abby is a single mom dreading her daughter’s departure for college and worried that turning forty will leave her career running on fumes. She’s floored when she lands a Rolling Stone cover story on 80s British rock legend Christopher Penman. She spent her teenage years fantasizing he was her boyfriend.
In person, Christopher is everything Claire feared he’d be—charming, witty, and unwilling to address the rumors he’s dodged for a decade. Still, she contains her adolescent fantasies and manages to earn his trust, unearthing the truth and the devastating secret behind it. His blockbuster story is her first priority when she returns home, a nearly impossible task when Christopher starts calling and flirting. She knows she should maintain a professional distance. She knows she should focus on the story. She knows it would be best to simply walk away. But how can she say “no” to the man she could never forget?
Add to Goodreads
Purchase Links: Amazon | Barnes & Noble | Kobo | All Romance eBooks | iTunes | Turquoise Morning Press

Bring Me Back by Karen Booth
My rating: 4 of 5 stars

Claire is a 39 year old music writer who gets a chance to do a cover story for Rolling Stone, and the person she gets to interview is the British rock legend she has had an enormous crush on since she was a teenager. He is just as charming and attractive as she fears he will be. After the interview, they continue talking and texting, and their friendship quickly begins to turn into something more. Claire is concerned about spending time with her daughter during her last year of school before she heads off to college, and is mindful that she and Chris having a relationship could jeopardize her credibility as a writer.

I loved that we were dealing with characters who were a little older than those we usually see in the rock star romance genre. Claire has a raised a 17 year old on her own, and Chris has been through a painful marriage and messy divorce. Chris's life has also been fodder for tons of tabloid stories over the years, and while Claire knows she can't believe everything she's read, she wants to find a way to get to know the real Chris. It was delightful seeing Claire's long time fantasy play out in her real life. She was a character who was easy to connect with and root for. Chris was far from perfect, but he was funny, charming, and sexy. The chemistry between Claire and Chris was amazing and it made me wish for a little more explicit language when it came to the sexy parts. I liked seeing how real life for both characters caused them to need to figure things out and deal with things that sometimes get glossed over in romance novels. Due to their age, there were different issues that arose and presented conflict in their relationship. Watching them struggle through, I was really hoping that they would be able to figure things out and make each other as happy as I knew they could. I enjoyed this book quite a bit, and will be reading the next book in this series. 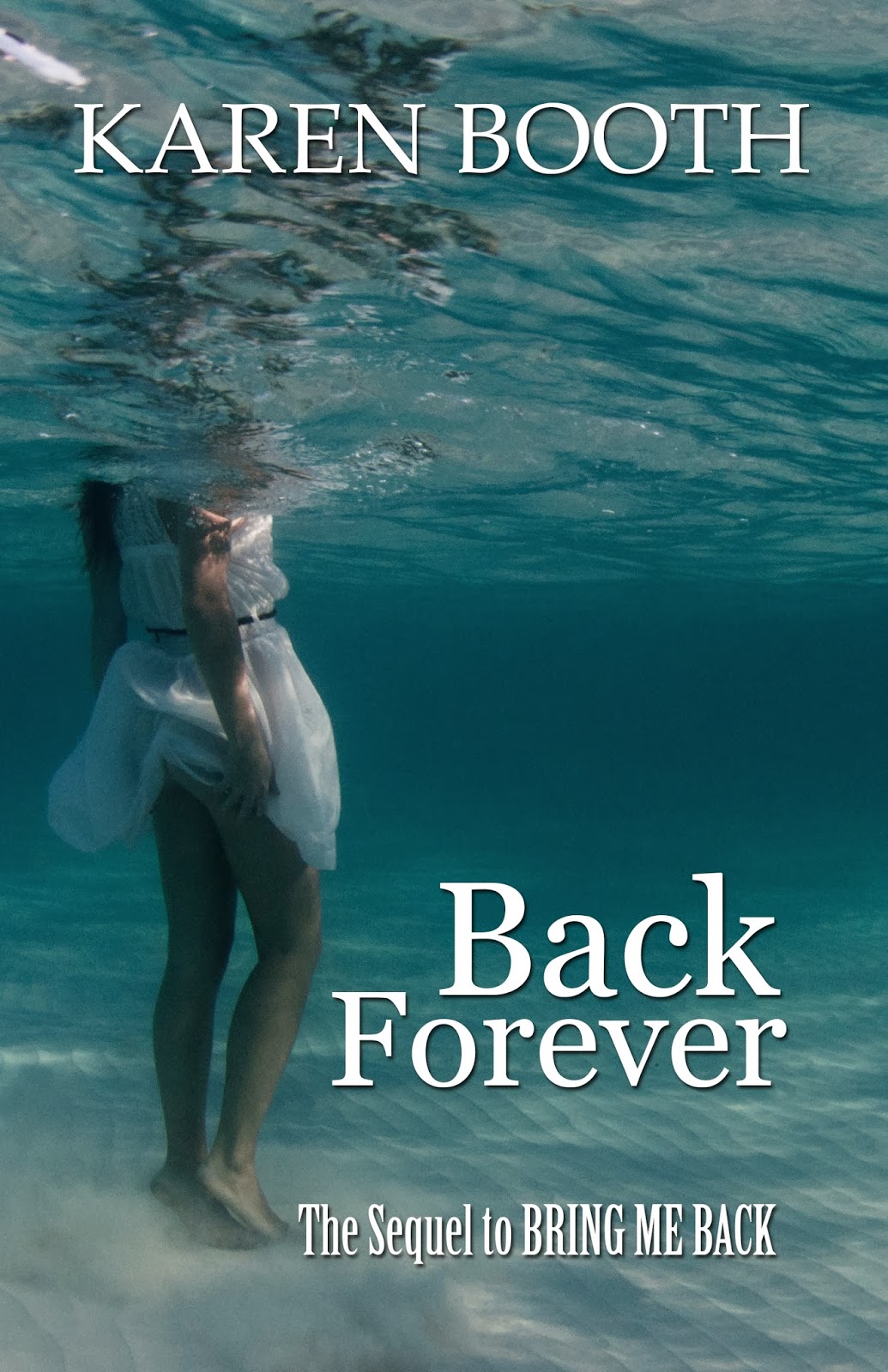 Title: Back Forever
Author: Karen Booth
Genre: Women's Fiction Romance
Publication Date: February 16, 2014
Publisher: Turquoise Morning Press
Synopsis
The sequel to 'Bring Me Back'.
Back together after a painful breakup, Christopher Penman and Claire Abby are looking only to their future. Christopher’s band is making a run at it after a long hiatus. Claire lands a magazine job she never dreamed she could get. Only a ring on Claire’s finger and a baby on the way could make things more complete, and Chris is determined they’ll have everything they ever wanted.
But when Claire’s dad starts behaving strangely, and her teenage daughter feels left out, Chris and Claire’s picture-perfect plans begin to unravel. A piece of devastating news casts doubt on whether they’ll have the life they envisioned. Through everything fate throws at them, Chris and Claire must find the good and hold on to it with both hands. They will have it all as long as they have each other, forever.

Back Forever by Karen Booth
My rating: 4 of 5 stars

Back Forever picks up where Bring Me Back leaves off. Claire and Christopher have found their way back together after a painful time apart. It is clear that they are very much in love, and ready to move forward together in their lives. Their commitment to one another is not a problem, but it seems life is throwing a lot of other challenges in their path.

Claire is offered the job she's always wanted and deserves, which makes her happy. Unfortunately a to of other situations pop up in her life that require a lot of the time and attention she wound need to devote to this job. Her father is acting in unusual ways, and Claire's daughter Sam is dealing with her own coming of age issues as well as feeling left out of family stuff and otherwise acting like a teenager. Chris is trying to start his own recording studio and change the way he makes music as a career while dealing with pressure from his former bandmates to go back on the road as they all want to get the band back together. Christ struggles to reconcile his desire to remain a successful musician with his desire to settle in and focus on having a family with Claire.

Throughout everything, it was great to see Claire and Chris support one another and find a way through all the issues they faced with love. Their sexual chemistry remains very intense, but it was really great to see them continuing to solidify and grow all aspects of their relationship. Seeing Chris and Claire's dad develop a closer connection was very endearing. I felt like I got a great conclusion from this story, and was glad to be able to spend more time with these characters. 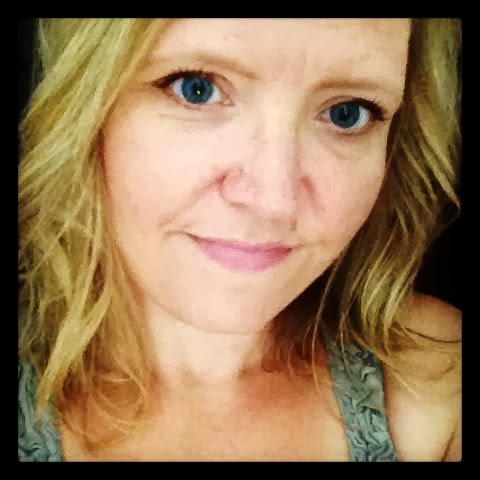 About the Author
Karen Booth is a Midwestern girl transplanted in the South, raised on 80s music, Judy Blume, and the films of John Hughes. An early preoccupation with rock ‘n’ roll led her to spend her twenties working her way from intern to executive in the music industry. Much of her writing revolves around the world of backstage passes and band dynamics. When she isn't creating fictional musicians, she's listening to everything from to Duran Duran to Otis Redding with her kids, honing her Southern cooking skills or sweet-talking her astoundingly supportive husband into whipping up a batch of cocktails.
Connect with the Author: Facebook | Twitter | Website | Goodreads | Pinterest
a Rafflecopter giveaway
Posted by awhit333 at 8:00 AM