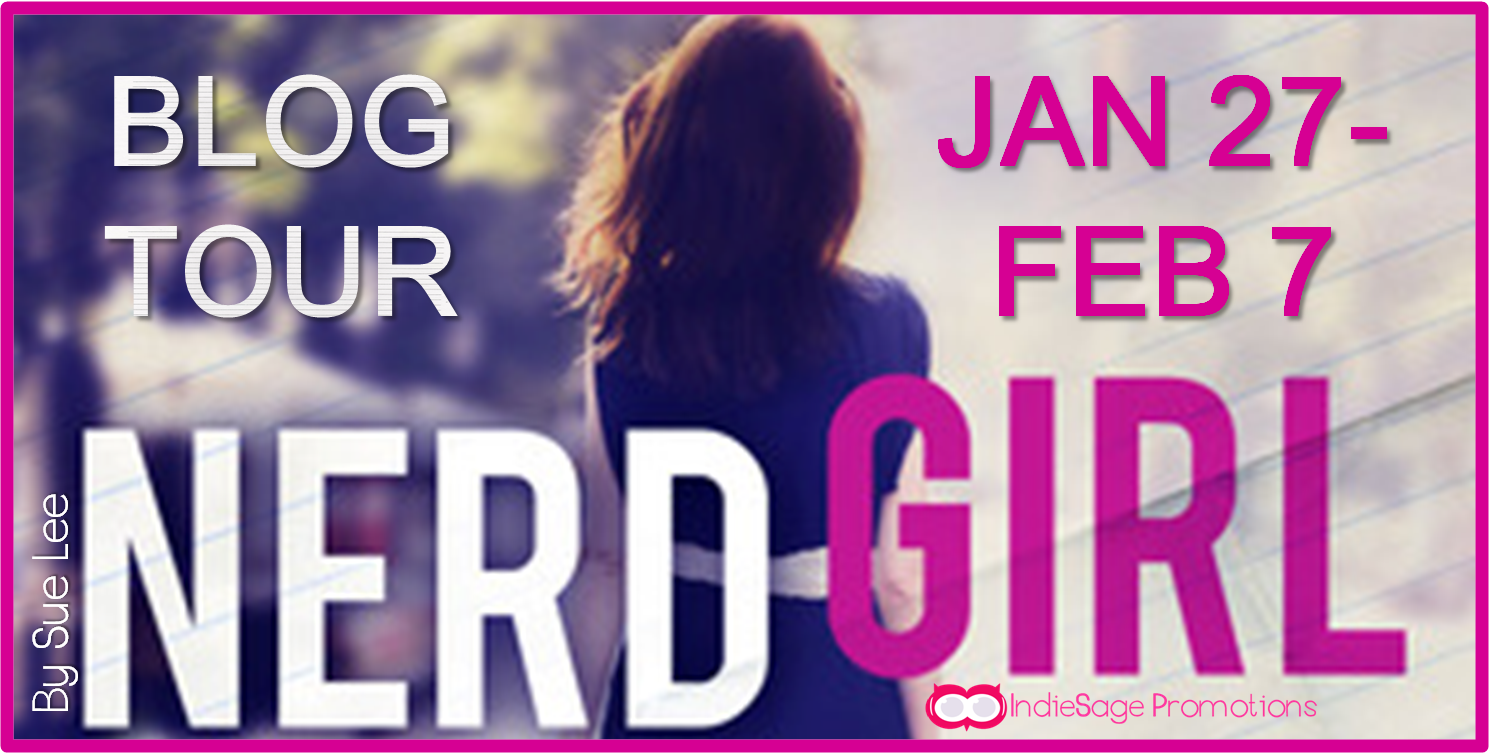 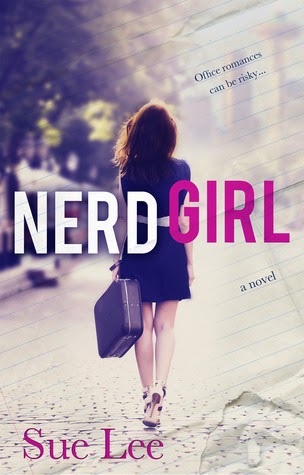 Everyone knows that office romances can be risky, but how much are you willing to sacrifice for love?
Julia Hayes is beautiful, successful, sometimes nerdy, and perpetually single. She lives in Seattle and just landed her dream job at one of the most iconic technology companies in the world.
When Julia embarks on a new career opportunity, a serendipitous event literally throws her in the path of Ryan McGraw, the hot and charming VP. As the attraction grows between them, it’s not long before Julia realizes that things are more complicated than they appear.
Nerd Girl is a heartwarming love story about a woman at the crossroads between true love and her career. It’s about deciding what’s most important in life and taking chances to get it. But most of all, it’s about not letting your mind prevent you from following your heart.
My Review:

Nerd Girl by Sue Lee
My rating: 4 of 5 stars

Julia Hayes has had some pretty rotten luck in the relationship department. She is a smart, successful woman who has figured out the other primary areas of her life, but not the one she wants the most. She realizes that she struggles with seeing things in black and white and that relationships and love aren't something she can plan for or control. A random accident places her in the path of Ryan McGraw, and another chance meeting has them both realizing there is a strong attraction between them. Ryan is an executive at the company she works for and that is one thing that makes this situation tricky. Soon other complications come into play, and Julia realizes that she may need to adjust some of her plans and ideas in order to have the relationship she wants so badly.

Julia is an easy character to like. Even with some of her rigid ideas, it is clear that she wants what is best for herself, but not at the expense of others. Watching her find her way through the career she has worked hard for and then being forced to juggle her new position against the possibility of being with someone she is falling in love with was both difficult and rewarding. Ryan is a pretty spectacular guy as well. Even as he is making choices that we can see are not the right ones at times, he is so thoughtful that it is hard to stay irritated with him. The chemistry between Ryan and Julia is very intense and even though there were times when I couldn't see how they would be able to navigate through some of the obstacles in their way, I held out hope the entire time.

I also really enjoyed the supporting characters in this book. Even some that I didn't think I would be able to care about. I like that the author challenges the reader to look at things from different perspectives just as the characters are forced to do. I will gladly read more by this author in the future.

The next thing I knew, he pulled me into a used bookstore. He said he loved old book stores and could spend hours in one. Why did I find that so freakin’ attractive? It must be the nerd in me. We walked around the store, looking at the titles and displays. He kept hold of my hand while we roamed the bookshelves. There was a distinct musty odor, but not offending; it was that old college library smell I remembered from my days at the UW great library, books and must and mold and pencil shavings.
I noticed a used copy of Jane Eyre and picked it up. “I love this book. I love Brontë and Austen. They wrote such timeless love stories,” I said casually. “If you think about it, the common person didn’t have typewriters or editors; or at least, I don’t think they did. The concept of marketing was probably only by word of mouth. The thing that made these stories persist over time was the quality of the writing and the stories themselves. Jane Eyre was so beautifully written.”
“Why do all women love these books so much?”
I gave him a reprimanding look. He looked back at me, feigning innocence.
“Their love stories were so simple, really,” I explained. “It only took a single meeting or a letter or a look across the room before they wanted to profess their love for one another. Their love consumed their whole existence.”
“Simple? I totally disagree.” Ryan shook his head emphatically. “One of the main reasons why these books are such popular stories is because their stories are so complicated. They’re the total opposite of simple. Their social structure and etiquette makes it even more so. Each story is a misunderstanding, a long journey that the author takes the reader on, and telling the story is lengthy enough to be book worthy. It is definitely not simple.”
Touché.
He continued to press his point. “I mean, look at Rochester. He hid a wife from his governess, from the whole house for that matter. That’s not simple. Did he honestly think he could get away with hiding someone behind the wall?”
“Okay, you win!” I held up my hands in defeat. “Closet Brontë fan, I see.”
He smirked at my comment, but looked smug.
“You’re right,” I conceded. “I guess love makes you desperate and people do irrational things. These stories are far from simple. It was an incorrect choice of words. I meant that their love was pure and all consuming—Jane and Rochester, Catherine and Heathcliff, Elizabeth and Darcy. Satisfied?”
“Yes,” he said smugly.
“I guess I wonder why people always have to make things so darn complicated. I think the best love stories, the real ones, at least, are those that aren’t complicated. No drama, no issues. People meet, fall in love, get married, and live happily ever after. They just know. I’ve never had that. Maybe that’s why I’m still single.”
“I’m seeing a pattern here with you. You don’t like the color gray,” he observed and then added with a mischievous look, “The best love stories are complicated, because it wouldn’t sell books otherwise.”

I live in Seattle, in my favorite neighborhood, Queen Anne, with my husband and twin seven year old daughters.

After more than a decade of running the corporate rat race, I left Microsoft and finally found time to pursue my dream of doing something truly inspiring.   I wrote Nerd Girl.  I’m a voracious reader and thought it would be a fun adventure to merge my unique history and knowledge of Microsoft with a heartfelt love story.

Prizes: 2 Print Copies (US ONLY) and 3 Ebook Copies of Nerd Girl by Sue Lee.