~Synopsis~
The twist of a knife shredded Niko Kincaid’s world all around him, leaving him with two choices—accept his fate and die, or fight to live. He chose to fight, but the aftermath became a daily reminder, carved into his once flawless flesh. Despite years of self-imposed solitude, Niko hungers for companionship and suffers from an aching loneliness that the darkness cannot satisfy. He temporarily soothes his pain with women, hired women, whose only purpose is to service him.  Easy. He didn’t expect a complication like Cambree Evans, but desperation corrupts even the most innocent. When emotions blend with lust, will Cambree's softness and ability to look past Niko's flaws be the one thing that releases him from his own personal hell? Will the monster in the dark prove that his savaged heart is worth saving?

Savaged by Nacole Stayton
My rating: 3 of 5 stars

Cambree is a college student who had to drop out in order to try and pay for her grandmother's nursing home bills. She is at her most desperate when offered a large amount of money to enter into a sexual relationship with a reclusive businessman. Niko suffered an attack two years ago that should have killed him. Instead, he survived but with some serious scars. He let the world believe he died and has been running his family's company from the seclusion of his home/ He lives in the dark and pays for women to be brought to him in order to fulfill his sexual desires. When he meets Cambree, he starts having feelings he hasn't had in a long time.

This is a story that for me, didn't have a lot of surprises. The beauty and the beast theme is definitely prominent throughout, although Niko turns out to actually be pretty hot despite believing that his scars are completely disgusting and hideous. It is obvious that both Nico and Bree are very lonely people, and that both would benefiting from having someone to really trust and love in their lives. Through it all, I was hoping that they would be able to see their way through their issues and find a way to let each other in. Their physical chemistry was strong, and watching them open up to each other emotionally was rewarding. 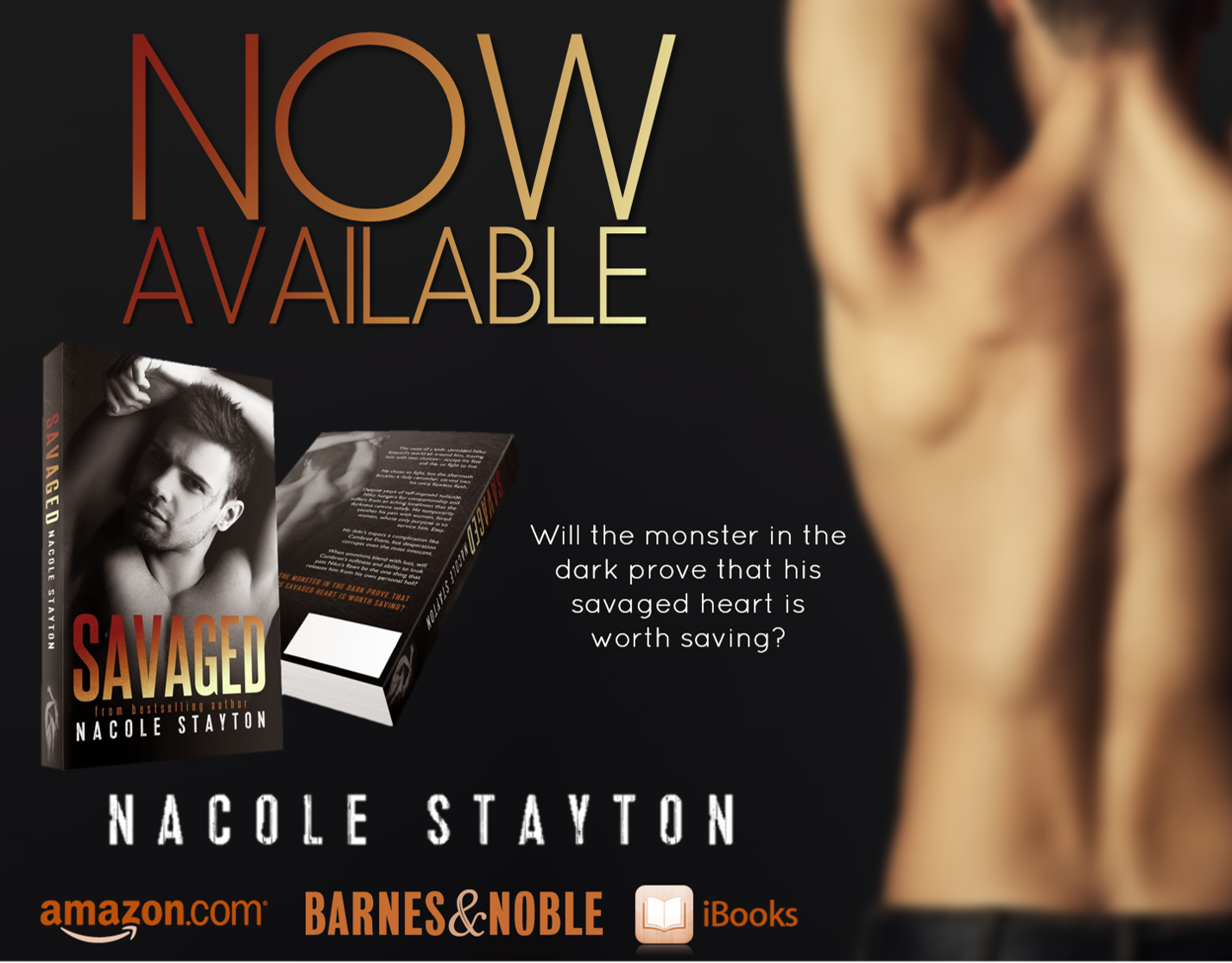 Nacole Stayton is the Amazon Bestselling author of The Upside of Letting Go, as well as other new adult and contemporary romance titles, including A Graceful Mess and In the Lyrics. She is twenty-something years young and currently resides in the Bluegrass State where she spends her days working at a local hospital in the billing department and nights writing vigorously on her current novel. She has a passion for helping others and wears her University of Kentucky gear proudly. While her husband loves all things outdoors, Nacole enjoys the finer things in life, like getting pedicures while reading on her Kindle. She is passionate about her faith, family, and The Vampire Diaries.


Connect with the Author