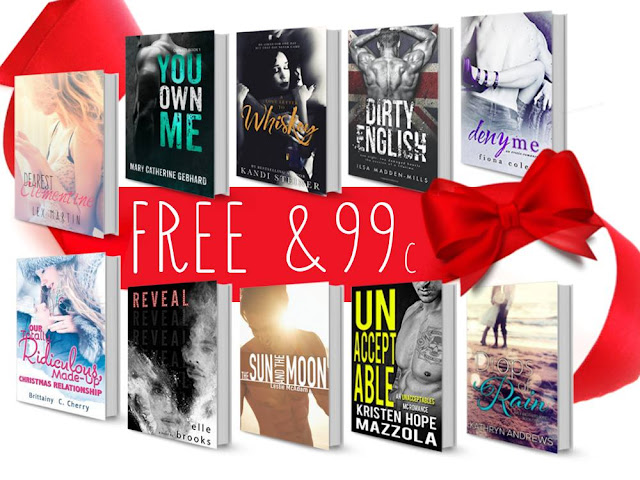 It’s been one year since Agent Damian Trent left for Washington without a word.

One year since he’s seen her beautiful face.

One year since he’s heard his name on her lips.

He's been recently called back to New York City on assignment, to catch a criminal who’s trying to infiltrate Sunset Reads. The last thing he expects is to work side by side with the woman he turned his back on.

Having her close is an unwanted distraction that he’s more than willing to ignore, if only she wasn’t so damn tempting.

Everything seems under control, until a night of feverish passion has him abandoning all thoughts of reason. Now, he will do everything in his power to get her back, and even more so to protect her.

Layla Reece wants nothing to do with the man who left her a year ago.

The man who took her heart with him, leaving her broken.

After a year of trying to forget Damian Trent, she is finally ready to move on.

But trying to forget him becomes a tedious task when he suddenly reappears in her life.

Although she fights to stay away, his magnetism is too strong and she finds herself giving into the deep timbre of his voice, and the strength and safety of his arms.

Staying away from Damian turns out to be futile, especially when his kisses consume her and his heart shatters the walls she spent so much time building.

Finding herself in danger, she now has to turn to the only man she trusts to keep her safe, but can she trust him enough to give him her heart once again?

My name is D.C. and I'm the author of a new series currently on Amazon called Sunset Reads. The first book is based on the couple William and Cristina who find themselves fighting their urges to be with one another although a series of heated moments changes their lives forever.

I grew up in New York, I'm the daughter of two wonderful,Colombian immigrant parents. I'm a traveler, the travel bug hit me a couple years ago and my goal is to eventually see the whole world. So far I've gotten to Italy and Japan...I'm thinking Germany next. I started to write as an outlet for being bullied at school and as soon as I started I couldn't put the pen down. It was always my dream to be a published author, ever since the age of fourteen, and now at 34 I finally accomplished my goal.

I plan on continuing to write and really truly want to get to meet new readers and writers and share experiences and ideas. Being a part of forums is new to me, but I would love to get to know about the people who love to dream and create new ideas and fantasies through literature just like I do. Thank you for making me a part of your group and allowing me to join you in these amazing adventures in storytelling and reading.

I hope you enjoy reading William & Cristina’s story and continue to join me in this journey within the doors of Sunset Reads! Please sign up to my email list on http://www.dctriana.com for free giveaways, new excerpts and more on Sunset Reads upcoming new release!