I've been hired to protect the biggest pop star in the world. She's beautiful, spoiled and the most famous woman on Earth. I'm determined to keep it professional. She's determined to get a rise out of me. But I'm not sure she can handle it once she does.
My name is Joss but in the service they called me Ice. That's because I stay calm no matter what. No matter what happens I keep control. I have a job to do and that's it.
Until I meet my latest assignment. Trista Davis is primped and polished to a high shine. She's sex on wheels. But what I didn't expect was the soft side to her. A lost side, that needed my help.
It goes deeper than just protecting her from danger. She needs to be woken up. Set free.
Come to think of it, so do I.
*DEEP contains the FULL MAN CANDY Trilogy of GRIND, HEAT and DEEP*
*THREE guaranteed Happy Ever Afters with no cheating ever!*

Three AM. That's when they finally went to bed. Three. I knew because I was still up. I was standing on the balcony trying to ignore the sounds of giggling and splashing from the pool. I was trying to ignore the way she looked in her bikini. "I'm a Goddamn babysitter." "Did you say something Joss?" I didn't dignify that with an answer. I'd only been on duty for 18 hours and yet I was already starting to regret taking the assignment. Yes, it was a lot of money. But I already had a lot of money. Yes, it was a big step forward for my security company. I'd brought on my own guys and retrained the existing team. I didn't mind the work or the long hours. I relished them. I had always liked losing myself in an assignment. Killing time so to speak. But this... this was something else entirely. This was hell. My skin was hot. My cock was twitching. My balls ached. Because of her. And she was doing in on purpose.

Joanna Blake loves good old fashioned romance, men who open doors and work with their hands. Hot Blooded Heroes is a series of sizzling stories about True Blue American men and the women who love them. She's thrilled to be collaborating with Pincushion Press on her new series! Come along for the ride! XoX, Joanna 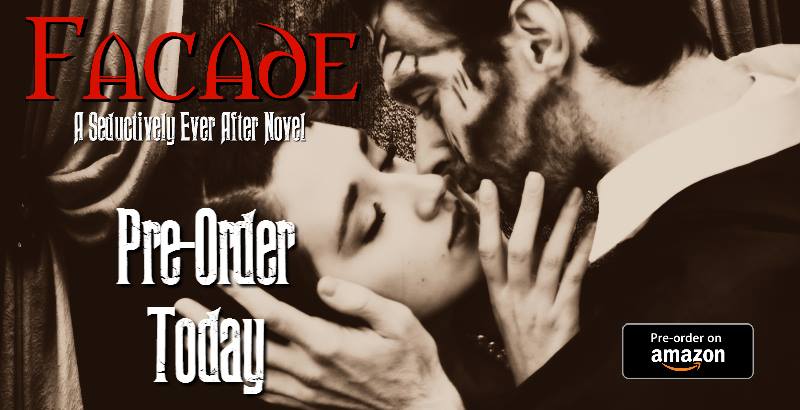 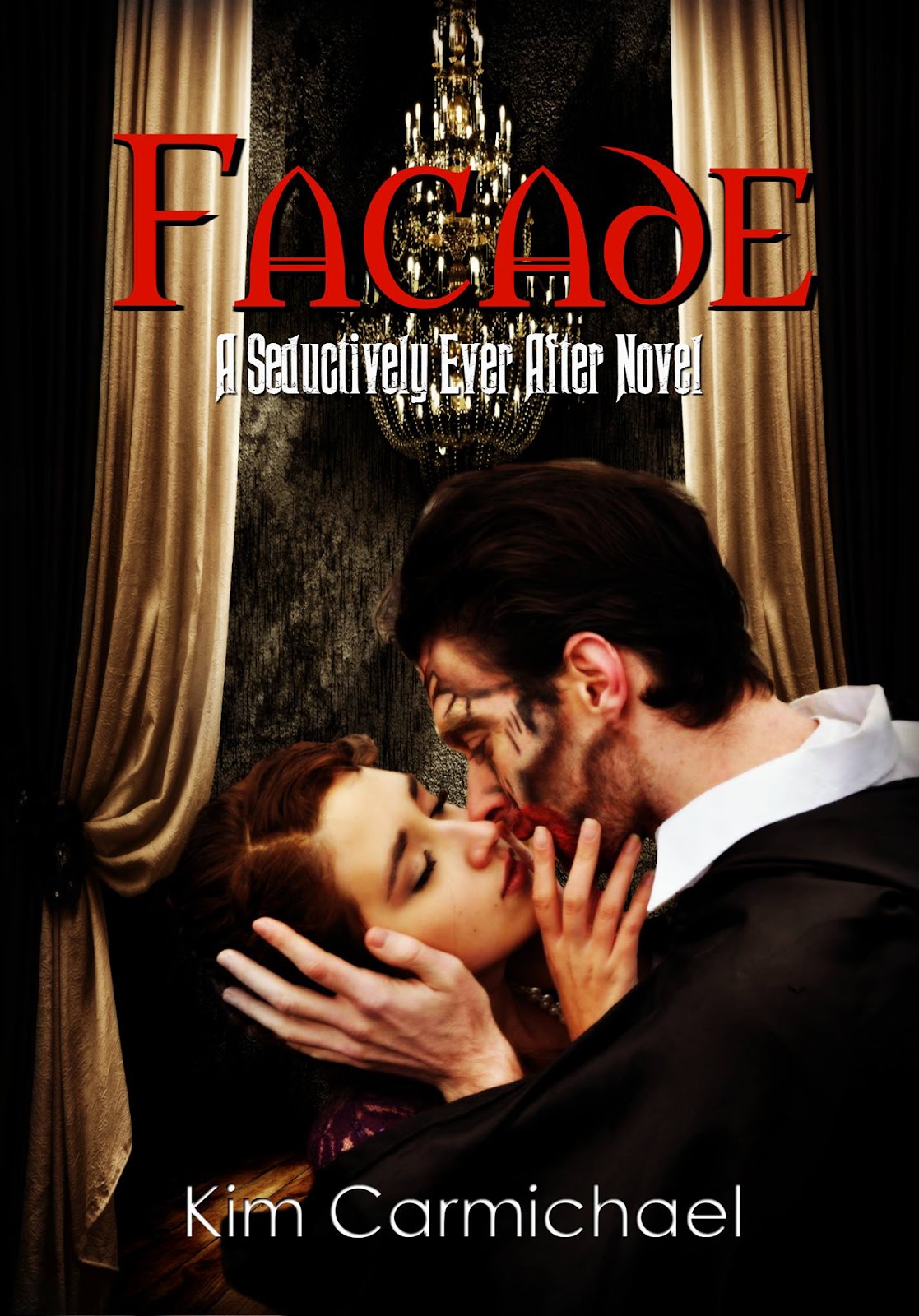 
The world is nothing but one big façade. You have to be special to see the behind the mask.
Erik Renevant once lived in the spotlight. As lead singer for the wildly successful group, Specter the world revered him. When an accident destroyed his band and his face, he chose to live his life in the darkness, hiding away from the shadows of his former self and refusing to be seen again.
Christine Day longs to have her chance in the spotlight. Living her life flitting from one thing to the other and currently without a permanent residence, she sees her big break in becoming the backup singer for an unknown band and entering the Stage of Stars, the latest hit reality competition.
When Christine wanders into Erik’s perfectly controlled world and he hears her voice, he knows she is destined for super stardom. However, he never dreamed she would be the one to help him shatter his own façade and lead him into the light.
Façade is inspired by the beloved story of the Phantom of the Opera and is a combination of all the different incarnations.

“Ah.” For all the times they’d been together, he made sure to set the pace, keep control, never allowed her hands to wander. Whether he wanted to or not, he knew he couldn’t always keep her at bay.
“Relax, Erik.” She trailed light, but sexy, kisses along the exposed side of his face, and he tried not to flinch.
When at last she kissed down his neck and chest, he allowed himself the luxury of closing his eyes. He relaxed, simply taking in the way every one of her actions heightened his arousal and stoked his desire, but when she got down on her knees and took him into her mouth, he nearly lost it then and there. “Christine!”
After his accident, he never ever thought he would be close to this position ever again. Christine was magic, everything he could ever want. For the first time since the night that took everything from him, he could honestly say that with the woman before him, he might have reclaimed some of what he lost. He tangled his hand in her hair, relishing in everything she gave him willingly.
With the way she sucked and slid her tongue over him as if she were taking in a great delicacy, he throbbed as she took him closer and closer to that one moment everyone craved. Before he went over the edge, he had to have her. “Christine, wait.”
As if knowing what he needed, she reached into his pocket, pulled out a condom, tore it open with her teeth and sheathed him before crawling on top of him once more.
Without even giving him time to think, she lowered herself upon him and he was then treated to the most magnificent performance that ever graced his theatre in the form of her making love to him.
Warm, wet and ready she encompassed him, braced her hands on his chest and rode him. She alternated between a slow grind, and raising and lowering her body down upon him.
Every time their bodies met he was pushed closer and closer to his climax. The combination of her little coos and pants, her speeding up with her own needs and watching her breasts bounce as she propelled herself on him drove him quickly to his end. He needed to release, explode within her in ecstasy and he reached between them, offering her some extra stimulation to bring her with him. 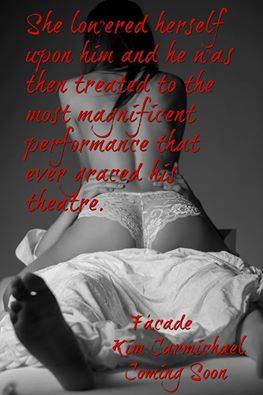 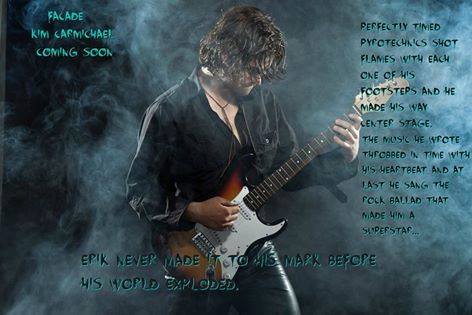 In the small town of Bailey, country music, motorcycles, and reckless teenagers are the norm. Fallon Davis and Wesley Jones are no exception. That is, until Wesley disappears from Fallon's life when she needs him the most.

After losing everything important in her life, Fallon replaces her love for Wesley with hatred. Fifteen years later, Fallon has quit waiting on Wesley. She is ready to focus on her life, career, and friends at Backwoods until the unthinkable happens. Wesley rides back into town, and he quickly realizes Fallon wants nothing to do with him, but will he take no for an answer?

Will Wesley be able to win over Fallon, or will the memories of their past be too much for their future to handle?

“What can I get y’all boys?” I ask sweetly, still avoiding his eyes.
“We’ll take a round of SoCo for starters,” the chunky one states with a wink.
“Five SoCos, comin’ right up,” I say as I go to grab the shot glasses. Then I hear his raspy voice, and my body betrays me. Stop it! Don’t do that! Everything within my body comes alive with the sound of his voice.
“That’s four shots and a Coke,” Wesley states. I turn on my heels quickly.
“Coke? Are you sure?” I question, and he nods in agreement. “You want it in a shot glass, too?” I ask like the smart ass I’ve become over the years.
With a husky laugh, he answers, “Whatever you want to do, Pumpkin.” I stiffen at the name, but don’t turn around. I haven’t been called that since the day he rode away. After gathering myself together, I pour him a shot of Coke into a glass. He smiles when I place it in front of him.
“Come on, Pumpkin. Pour yourself one. I think me rollin’ back into town calls for a toast.” I roll my eyes, and then Paige hands me a shot glass of Coke. Raising my glass, I put one hand on my hip and wait for his toast. “Here’s to us, Pumpkin. Past, present, and future.” I clink my glass and when it touches my lips, I quickly realize it’s not Coke, but rather sweet cinnamon that burns the entire way down. I’m thankful to have Paige to count on when I need it most. Slamming down my shot glass when I finish, I turn and walk out of the bar and into the back room, holding myself together until I’m alone.

Dixie Rae is a small town girl living her dream as an author.  When she’s not writing, she indulges in guacamole, listening to Brantley Gilbert, and drinking a cold one.
Email| Goodreads

Mr. Grant can’t live without Sylvia and realizes he must find a way to get her back. He wants her under his command... and in his bed. But can he convince Mr. King to give her back when it’s clear the man has fallen in love with her?