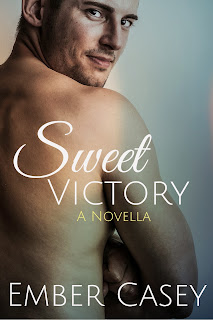 One night. One game. One wicked experience they’ll never forget…
It’s Lily and Calder’s first night in their new apartment—and Calder proposes a steamy showdown that’s certain to leave both of them breathless. In a challenge like this, things are sure to get heated—but neither of them can be prepared for the surprises that await them as their ultimate game unfolds…
Goodreads

“Is that our door?” I say.
Who could be knocking on our door? Especially at this hour? I haven’t had a chance to give everyone our new address yet. I suppose the delivery guy could be paying us a return visit—maybe he forgot one of our dishes and we didn’t notice?—but it seems a little late for that. Maybe the walls were even thinner than we thought and one of the neighbors has come to complain. Calder’s already climbing to his feet, and he pulls me up beside him. We return to the living room together.
The pounding is growing louder, more insistent.
“Stay back,” Calder tells me. I can tell by his expression that he too is unnerved by this late-night visitor. I’m about to suggest that we ignore the knocking and hope whoever it is goes away when our unexpected guest stops pounding and starts yelling through the door.
“Come on, Calder! I know you’re in there!”
I freeze. Why is a woman screaming through our door? Why is she looking for Calder?
I glance over at him, and it appears that he’s just as shocked as I am. He’s frozen, stunned.
“Who is it?” I hiss. If she doesn’t hear us, there’s still a chance she’ll give up and go away. I steal a glance at the door, and I’m relieved to see that both the deadbolt and the chain are in place.
“Dammit!” shouts the woman. “Let me in, Calder!”
Calder is staring straight at the door, and his hands have curled into fists. He doesn’t appear to have heard my initial question, so I try again.
“Who is she?” I ask, a little louder this time. “What does she want?” Is this some angry ex-girlfriend come to bring the wrath down upon his new apartment? But that doesn’t make any sense—we’ve both had long talks about our past relationships, and I can’t think of anyone in his past who’d show up out of the blue like this.
It takes Calder a minute to turn his head toward me. When he does, he looks stricken. I swear he’s a shade paler than usual.
“It’s Louisa,” he says, his confusion clear in his voice.
Louisa? I’m certain I know that name, but it takes a moment for everything to click in my head.
No, she’s not an ex-girlfriend, but rather something much, much more complicated. 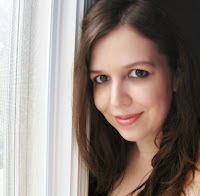 Ember Casey is a twenty-something writer who lives in Atlanta, Georgia in a den of iniquity (or so she likes to tell people). When she's not writing steamy romances, you can find her whipping up baked goods (usually of the chocolate variety), traveling (her bucket list is infinite), or generally causing trouble (because somebody has to do it).