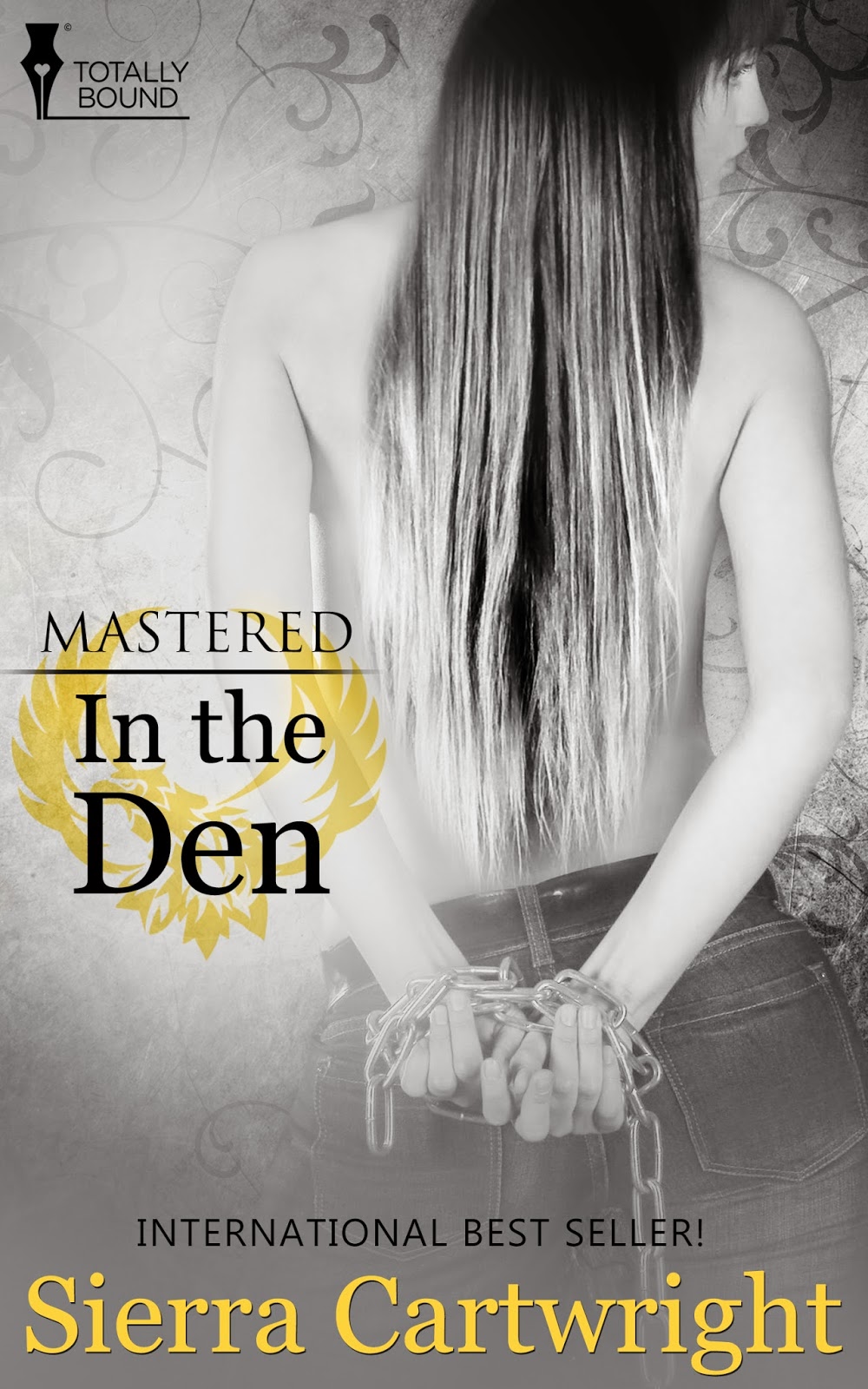 In the Den (Mastered Series #6) by: Sarah Cartwright
I admit it. Alpha men turn me on. Big time.

You know what’s really funny about hat? Just last week I was called a Bad Ass. Yep. A Bad Ass.

At first glance, you might not think I was the type to be attracted to a man who might be a bit arrogant, even a bit overbearing. After all, I married too young, found myself unexpectedly divorced, trying to support myself on ten dollars an hour at a part-time job.

But I’m nothing if not tenacious. At my ninety day review, I told the company owner (who was annoyingly alpha) that within the year I would be running his business. (When I look back, I see how arrogant that was of me!)

He, however, was intrigued. I gave myself a crash course in sales, in management, in accounting, in HR, in determination.

We took the business from $124,000 a year in sales to a 3.3 million dollar business. And since this was a male-dominated business, I went toe-to-toe with men on a daily basis.

To be intrigued by a man outside of work hours, he needed to be resourceful, strong, respectful, and, at least as competent as I was. (I had a lot of first dates, but not nearly as many second dates!)

It turns out that I connected with men who met me on an intellectual as well as physical level. In order to be attracted to a man, he had to be an alpha male.

What I learned from this is that a really strong heroine has to be partnered with an equally determined hero. And I typically write very strong female characters.

In The Den is no different. In fact, this one may be an amplification of the conflicts I often set up.

The Mastered Series from Totally Bound publishing features six Doms—men amongst men. Each book is set at the Den, a luxurious Colorado mountain estate. But it’s the final hero, Master Damien, who owns the home. He’s featured in each book. If I’ve ever written a larger-than-lie hero, it’s Damien. Not only is he a Dom, he’s the alpha all others look up to.

He hasn’t been in a relationship in a number of years, but he’s intrigued by Milady Catrina. He tells himself she’s off-limits. After all, she’s a Domme and a member of the Den. She deserves his total respect. But no amount of self-talk can convince him to ignore the white-hot heat he feels for her. He has to have her.

And that’s another part of the alpha mystique that I find so titillating. They seem to always be focused on their desired outcomes, whether it’s in business, physical pursuits, or relationships. And wow, the sky lights up if you’re the one they’re attracted to. (No, I’m not talking about real-life stalker, creepy, crazy men here! LOL)

That’s what made In The Den so much fun.

Milady Catrina has no interest in a man who demands her submission, and when he has the nerve to bring it up to her, she bristles…


Synopsis:
This is book six in the Mastered series, see the full series listing here:

What could be headier than the surrender of a powerfully dominant woman?

Dom Damien Lowell has always respected Domme Catrina Davidson. He likes the way she interacts with her subs, confident, kind, firm. And for years he’s fantasised about her submitting to him. What could be hotter than having the sexy Domme squirming beneath his lash?

One evening, Damien challenges her, saying she’d be a much better Domme if she experienced submission…to him.

Catrina doesn’t have a single submissive tendency. But she’s oh-so turned on when she watches a sub respond to Damien. A secret part of her is intrigued, and she asks herself, what harm can come from giving him two weeks?

Over the next fortnight, she is introduced to the pleasures and perils of servitude. She has to admit that he’s right—her understanding of submission is deeper, more profound, than it would have been otherwise. But the private experiences they share in the Den leave her emotionally shattered, making her question everything she thought she knew.

In her unique way, Catrina too, challenges Damien, forcing him to grow as a Dom, and he wonders how the hell he’ll ever be able to let her go. 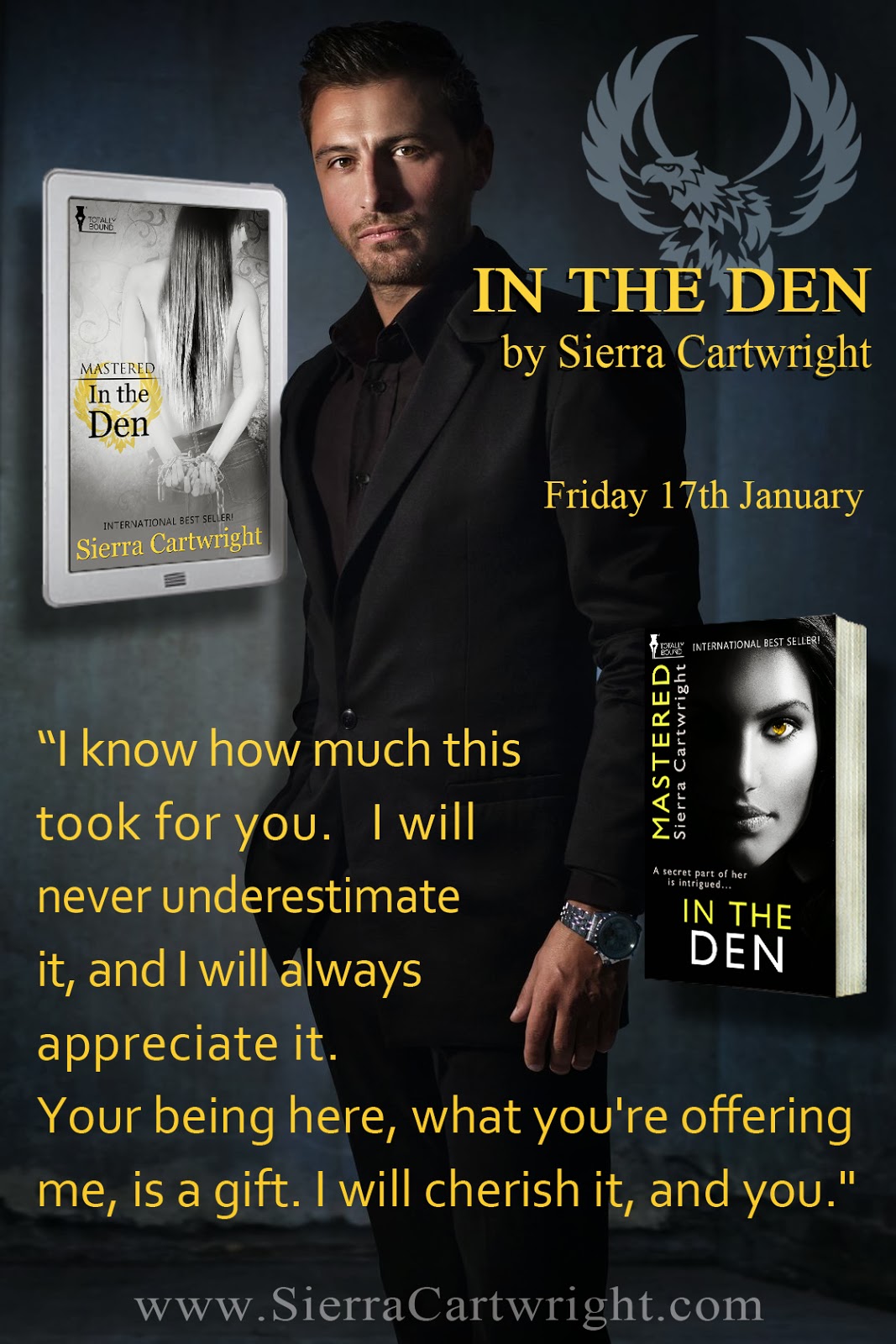 Excerpt:
A sudden urge to wrap his fingers around her upper arms and drag her to her toes assailed Damien. But that would violate personal as well as house rules. He owed her the same respect accorded to all dominants. In all his years of being a Dom, he’d never had the urge to drive a Domme to her knees. Until now. “Are you planning to attend my demonstration?”
“No,” she said.
When he’d first met her, he’d decided she was blunt. Over time, he’d learned to appreciate her honesty. “Perhaps you should.”
She tilted her head. “You think you can teach me something?”
“A lot of things,” he said.
“That’s a bit arrogant, Damien.”
He longed to hear the word Sir on her lips. “I’m simply suggesting that some of the best dominants have embraced or at least tried submission.”
Her mouth parted before she pursed her lips.
“I’d be happy to master you, Catrina.”
“If you ever crave a beating, Damien, I’d happy to put the smack down on you,” she returned.

About the Author:
As the author, the struggle between the two, with each other as well as their own natures, fascinated me. What could be more dynamic than seeing two incredibly strong individuals play off each other?

Neither will relent, and yet that pulse of sexual energy cannot be denied.

If you enjoy stories with strong protagonists who go through the same sorts of struggles that we endure in our own lives, I invite you to the Den where nothing is off-limits…

Totally Bound is helping with the book release celebration!

Come join us for fun and your chance at over $400 worth of swag!

Sierra Cartwright is the international best-selling author of the Mastered series from Totally Bound Publishing.

She was previously published with Harlequin/Silhouette under a different pseudonym, and won numerous awards as well as a coveted spot on the USA Today bestseller list.

Sierra has been interviewed by Handbag.com, the Daily Mail, USA Today, Female First UK, Marie Claire Brazil, and she did a segment for the Orlando Fox affiliate with Chase Cain.

She is a multiple CAPA-nominated author. 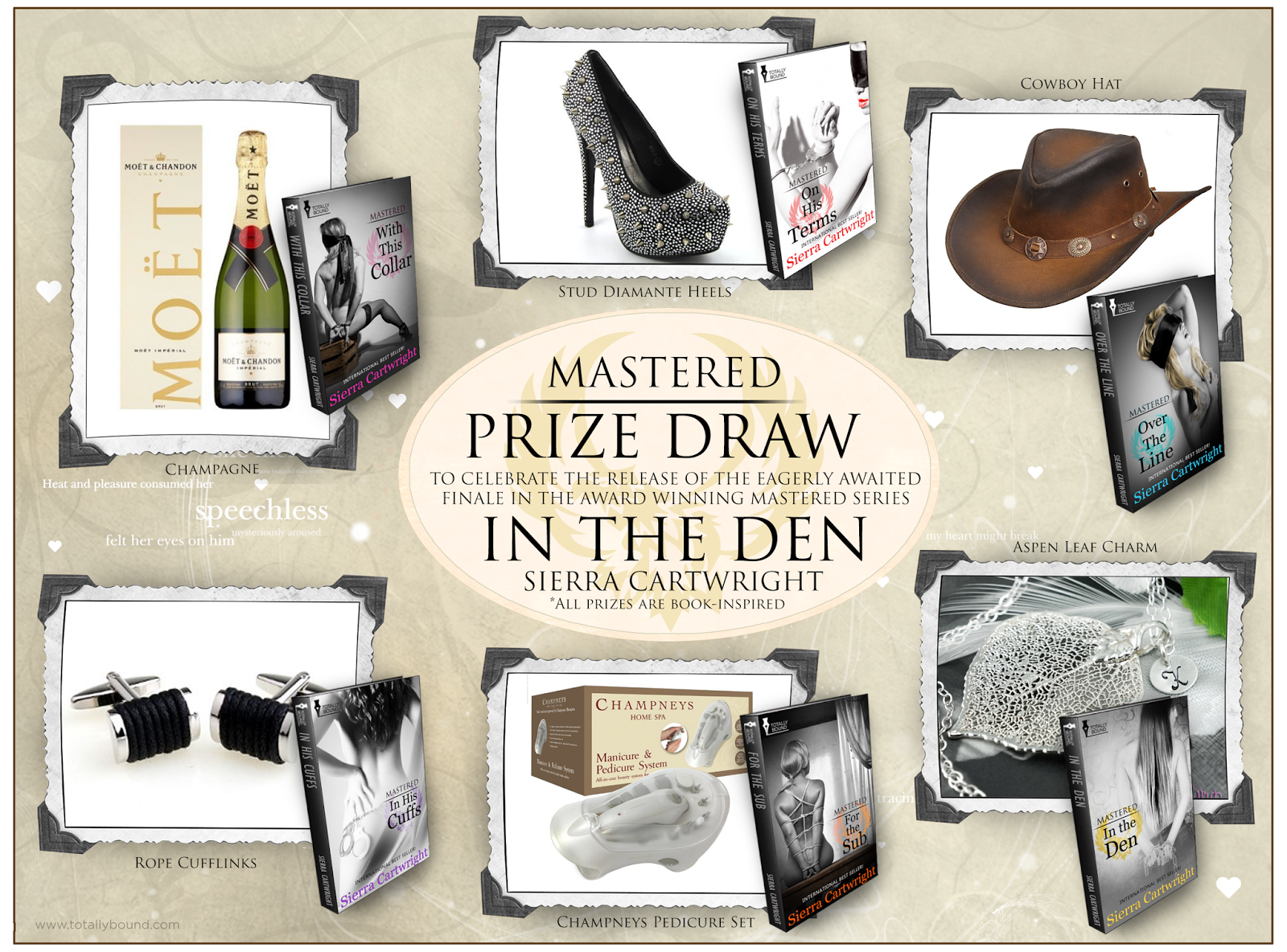