Mira’s broken and battered. She’s fighting to put herself back together while her heart is trying to forget. Can she continue moving forward with one man while in love with another?

Skylar’s wrestling demons he never imagined in his wildest dreams. The girl he’s been in love with for years finally has feelings for him. There’s only one problem: her heart might lie somewhere else. How long until his will power shatters?

Who will seize Mira’s heart and never let go? Will these feelings ever go away or will they be an AWAKENING? 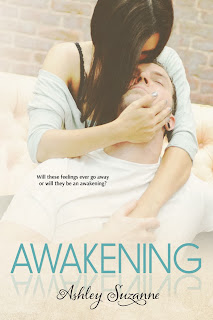 Awakening by Ashley Suzanne
My rating: 3.5 of 5 stars

Awakening picks up right where we are left at the end of Mirage. Mira's life has changed drastically and she finds herself in a position where she no longer feels the certainty she did about who it is that her whole heart belongs to. Basically, she has two great options, but it isn't possible any longer for her to be with one without hurting the other and herself in the process.

Skylar is struggling with the idea that the person he has been in love with for years returns his feelings, but at what cost to his other important friendship?

The great thing about this book is that we get the perspectives of the three main characters, so we get to really see how each one of them is challenged and desperately trying to do what is best for themselves as well as the people they love the most. The sexual chemistry between two of these characters is undeniable. One thing I really enjoyed about this series was watching the relationships between the characters evolve and and change throughout their late teens through early adult hood. It was difficult at times, but it felt real. I like how Mira tried to be very honest and upfront about her feelings while being considerate of both parties involved. Everyone's goal to not deceive one another was really refreshing to see when the characters have so many mixed feelings and conflicting emotions.

Like with the first book, I found some of the dialogue a little choppy. I also found Mira's behavior during a couple of different situations very immature. That was hard for me, because overall I thought she was someone who handled the complexities of her situation pretty well. Through everything, I found these characters interesting and I really did want them to find a way through their situation. I enjoyed the tie-in with another series of books that I liked a lot. I also look forward to reading about Kylee's story in the future.

I continue to giggle all the way down the hall and into the elevator. As soon as we hit the
elevator, the proximity of Skylar to my humming body really hits home and I feel a sudden wave of
arousal. I haven’t felt this way since I woke up, not even with Danny. Glancing over at Skylar, I can see him fidgeting around.

As I’m looking at him, he turns to face me, and I can see the arousal in his eyes. He casually licks
his lips and shoves his hands into the pockets of his jeans. I smile and turn back to face the front of the
elevator. I have him right where I want him.

When the elevator descends to the first floor, I’m smacked in the face with the gravity of my
reality. Danny is waiting for the doors to open, with a huge smile on his face. Glancing back to Skylar, I see that he’s been smacked just as hard. Skylar’s Adam’s apple bobs in his throat, like he’s trying to


swallow his feelings, and moves past me toward Danny. 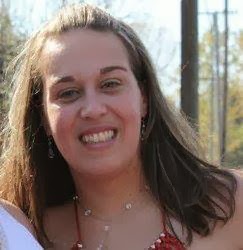 Ashley Suzanne is a married mother of three little boys as well as a daughter, aunt, sister, best friend, birth mother, blogger, book whore and author. Ashley is a native to the suburbs of Detroit, with most of her family living in Kentucky and New York.
You can usually find Ashley sitting in bed, with her laptop, playing on Facebook, pretending to write, entering giveaways (she's also a swag whore) or on a football field with her oldest son, Tyler. Yep, not only is she a football fan, she's a football mom!
When she's reading, it's typically something to do with romance, erotica being her favorite genre. Ashley co-owns a blog, 2 Chicks and a Blog, with her GBFF Manda. She's a total fan-girl over a few authors, Pamela Ann, Brooke Cumberland, SE Hall, Madeline Sheehan, Jasinda Wilder, Angela Graham, CM Stunich and Riley Rhea to name a few.
Ashley has no pets, unless you count her children and she is a little OCD. Her favorite color is pink. Her favorite drink is cherry vodka and coke and double chocolate brownies are a must.