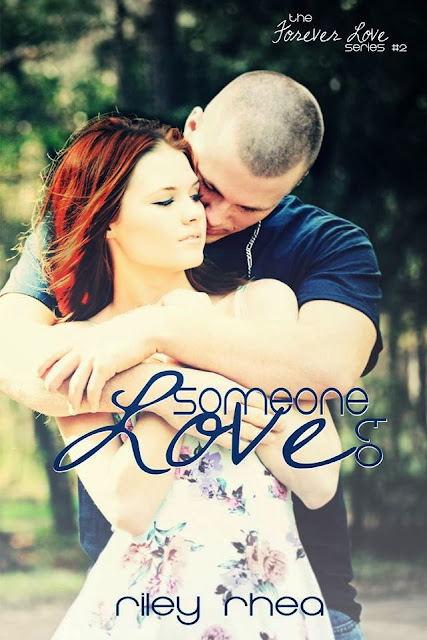 Spencer Jacobs thought his life was pretty damn perfect. He had a good job, a long-time girlfriend, and a bright happy future ahead. That is, until that fateful night when he walked in and saw the ultimate betrayal between the woman he loved and his own twin brother. After having his heart ripped open by the two people he trusted most, Spencer fled his hometown in search for a new life.

Befriending Tucker Wade in this sleepy town had proven to be a good thing. Tucker had given him a job and a new beginning. He thought he needed time to heal, but even after the two years, he still hadn’t gotten over the pain of what that night had cost him. Spencer doesn’t believe that he will ever be able to trust anyone again with his heart, let alone to ever love again.  That is, until the fateful day Lexi Allen walked in his life. The spunky redhead had the ability to bust down that fortress he had built around his heart, leaving him questioning everything he thought he ever knew about himself.

Lexi Allen has never been in love. She has always held out for that special person, that special someone that she can give her whole heart to. The day hunky Spencer Jacobs walks in her life, she quickly realizes that he just may be that person. The only problem is, he’s broken and he can’t offer her anything more than a good time.

Will Lexi and Spencer ever find someone to love? 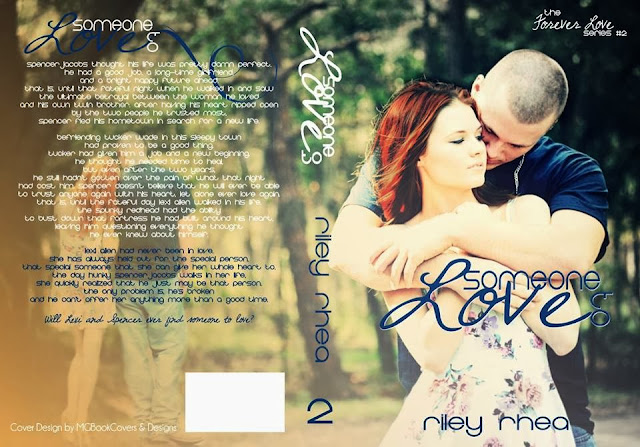 
Teaser
When I go to sit on the end opposite him, he reaches out and gently grasps my wrist pulling me down beside him, causing my heart to start fluttering in my chest. I feel his hand on my ponytail pulling the holder out and dropping it in my lap. Then his fingers are gently running through my hair.

“So what happens after you graduate?” he asks while looking straight in my eyes.

“I’m not sure yet. I could teach art or try the sell my work.” I shrug because I have no idea what I want to do yet.

“Have you ever showed your work?”

“I will be this summer. I’m going to an art show in Tennessee.”

His body tenses just enough for me to notice, and then his hand tightens in my hair, slightly tugging it. I have to take a deep breath just to hold in the groan that wants to come out.

Well that’s better than a no.

That was also the end of our conversation. Spencer used his grip in my hair to turn my head to face him. Our mouths meet and it wasn’t a sweet “hi, nice to meet you” kiss. It was a “I want you naked now” kinda kiss.
Before I know what I am doing, I am straddling his waist with my hands on each side of his head.

He doesn’t release my hair as he devours my mouth. His other hand is running down my back to my hip and back up. We kiss for what feels like hours and I’m crazy with desire. I feel his hand slip under the waist band of my pants and grip one bare butt cheek. Spencer groans and then his mouth leaves mine and my head is pulled back exposing my neck to him.
Spencer runs his tongue down my throat to my collar bone. He pulls my lower body closer to his connecting our centers together, and now it’s me that’s groaning. I press closer to him and began to rock my hips against him. He squeezes my ass hard again, before taking his hand to push up my shirt and expose my breasts to him. He fondles one breast in his hand while taking the nipple of the other in his mouth. I am about to come just from this.

“Spencer,” I pant out his name, my breath is seriously short right now. I’m surprised I got that much out.

“Yeah?” He says against my breast as he runs his tongue around my nipple.

That’s it, that’s all I can say. I feel so needy and know he’s the only one that can put out this fire he’s started. I let go of his head and start tugging at his shirt, I want to feel his skin against mine. He releases me long enough to get it over his head. We probably shouldn’t be doing this yet, but damn I can’t seem to stop. I want more; I need more.  I stand up and kick off my shoes and push my yoga pants down, leaving me in nothing but my thong. Spencer stands up in front of me looking down, his eyes searching mine. I guess whatever he found there was enough for him. He kisses me hard and deep and the next thing I know I’m hoisted over his shoulder and he’s moving, hopefully heading toward his bedroom. 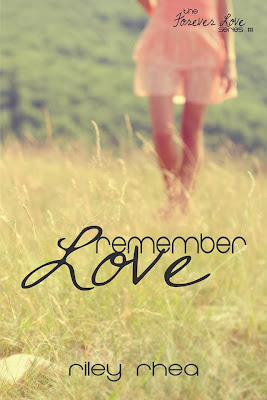 They say you can never go home again. Brenna James is about to finish her final year of college when a visit home could change everything. Fate was pushing her towards her childhood best friend, Tucker, leaving Brenna no other option than to remember memories from a time once forgotten. Can Tucker slip himself into her heart? Will he be able to show her his feelings? The biggest question is, can Tucker help Brenna remember love?

The book has sexual situations and language intended for ages 18 & up. 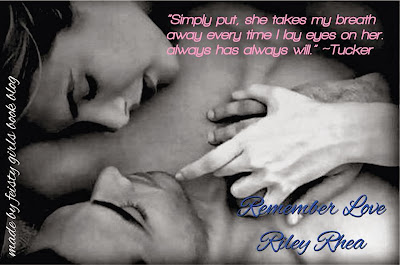 Riley Rhea is your typical country girl, born and raised in the Bluegrass. In the last 30 something years, she has successfully brought into this world 3 children, which may or not be claimed by her, depending on their behavior.

Riley enjoys reading, spending time on the farm and quiet afternoons when those who call her mom leave the house. Riley also loves country music and drools over Luke Bryan. Riley’s biggest fears are crickets and banks.

Not just an avid reader, Riley is an active blogger and reviews many books during the span of a week when she isn’t writing about her loveable and sexy country boys.

She’s always had a background in writing, her mother being an author, and one day, out of the blue, 2 characters popped into her head and wouldn’t shut up. After some advice from a good friend, Remember Love was born.

Thank you all for taking time to get to know Riley a little better. You can always find her on Facebook if y’all want to chat a little more.