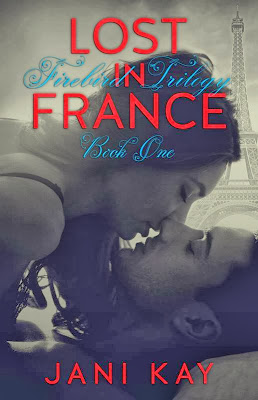 Offered a thrilling new job, Rebecca flees her tormented past, putting as much distance between herself and her ex-lover, wanting a fresh beginning in a foreign city.

On the airplane she meets Alain, a dangerously handsome Frenchman, who seduces her with his charming European ways. But her new boss, super arrogant CEO, Maxwell Grant, doesn't like her entanglement with the Frenchman; he wants Rebecca to himself...

Rebecca hates her boss and tells him in so many words - a career limiting move if ever there was one...

Is Rebecca jumping from one hotter-than-hell fire into another? And will she finally find what she is looking for?

Lost in France by Jani Kay
My rating: 4 of 5 stars

Rebecca is an Australian woman who has accepted an amazing job offer with a New York-based company although she will be working in France. Despite the job being everything she wants, the real bonus is that it gives her a way to put some serious distance between herself and an ex-lover who she has been in love with since high school. Rebecca meets Alain, a sexy Frenchman, on the plane and their attraction to one another quickly leads to an intense love affair. As Rebecca begins her new job and meets her new boss Maxwell Grant, she realizes that he is also very attractive man who wants her, and has a desire to make her his. Each potential relationship has its own serious challenges, and Rebecca needs to find a way to makes sure that she stays true to herself and doesn't get into a situation that will put her in the same relationship she just traveled across the globe to escape.

The hot stuff in this book is very hot! Alain is incredibly sexy, and it is easy to see how such an intense sexual relationship could start up with him so quickly. The two of them have great chemistry and it was nice to see them giving each other the things they needed.

Maxwell Grant is a strong powerful man, who is very attractive in his own right. It was nice to find out that there were some very redeeming qualities to him, because he is a harder character to decipher. One thing I did not like about him was the way he was jealous and possessive of Rebecca when on their first meeting he found out that she was seeing someone. I could understand having a strong attraction to her, but it didn't make sense that he would be shocked and angered that she was romantically attached. I didn't like the way he initially came on to her. It felt way too aggressive and seemed almost too unprofessional for his character. I'm still not sure exactly where I stand on his character, but my feelings did move from dislike to mixed. I look forward to seeing more of him in future books.

Rebecca was a fantastic character. She seems to have gotten to a point in her life where she really knows who she is, what she wants, and what she deserves. She's a smart woman who takes pride in her education and the good work she does. Her past relationship in Australia, although painful, left her with a knowledge of exactly what she would not tolerate again. The standards and boundaries she set up for herself were fantastic, and it was nice to see her standing up for those even when it was really hard for her to do so. She definitely deserves a relationship that is hers alone and where she isn't expected to be anyone's mistress. It was easy to feel a wide range of emotions while going through these experiences through Rebecca's perspective.

The only thing I really struggled with in this book was the timing of some of the intense feelings that the characters had for one another. I get instant attraction, but some of the instant feelings of deep love were a little over-the-top for me. That said, the book ended in a way that pretty much ensures the reader will be eagerly awaiting the next installment. The story takes some unexpected turns, and even though there are a lot of tough emotions at the end of this book, there is also a wonderful feeling as we see that Rebecca is a strong woman who will make sure she gets what she needs. I am excited to see what happens next! 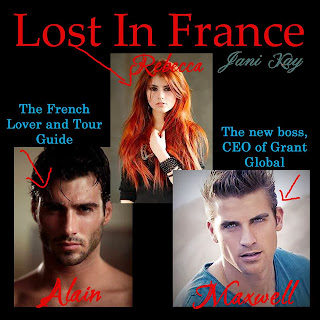 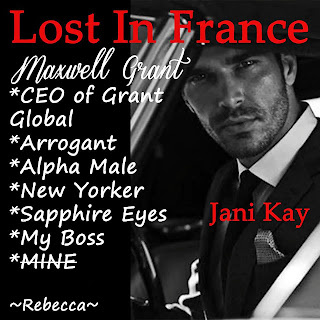 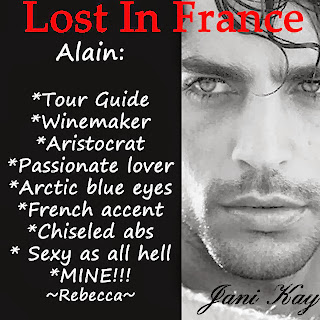 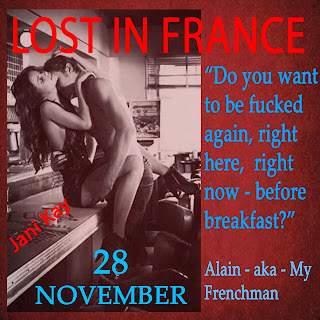 Jani has been married for a long time to a special man, and her two children and their partners are the sunshine in her life. She is a voracious reader and would spend her last dollar on a book - always fascinated that for the mere price of a book, she can escape her world for a while and see through someone else's eyes.

Besides reading, her favorite 'thing' is traveling - she has traveled the world, learning about the ways people live and has come to the realization that no matter where we live, we all ultimately want the same things. Her hobby - Scrapbooking - keeps her up till way after midnight and her usual subjects are her family and her travels.

Ever since she can remember, Jani wanted to write stories about people, about their lives and loves. Relationships and Happiness - arguably the most difficult things to master in life and yet exactly what everyone ultimately desires (in her humble opinion).


She would love to hear from you, please email her at janikaybooks@gmail.com

a Rafflecopter giveaway
Posted by Anna at 7:00 AM