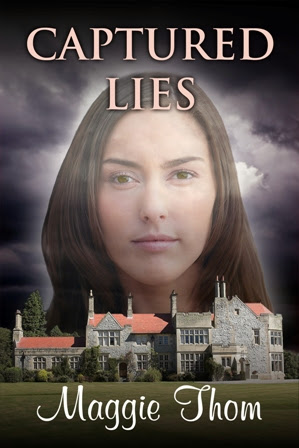 She was kidnapped not once but twice and now someone wants her dead because of it...

Her life was a lie!


Bailey knew her upbringing wasn’t normal but she’s worked hard to stabilize her life. At 29, she finally has a good business, a stable home; her life is miles from that of her childhood. Then suddenly her mother dies, leaving a gaping hole and a discovery that they may not even be related. If Guy, the private investigator is to be believed, her life is a lie. Using the skills she learned on the streets, Bailey travels back through a sketchy and dangerous past, to find answers. Dodging bullets, staying ahead of those who want her dead and convincing Guy she can do it alone, are making it difficult to discover not only the secrets of her mother’s past but that of a family claiming she is theirs.

Everyone seems to have a story... but who’s telling the truth? And who wants her dead? Is Guy part of the solution? Or part of the problem? To discover the facts, she’ll have to untangle a web of deceit, lies, and secrets, dating back over thirty years.

"Maggie Thom writes a fast paced thriller laced with romance that keeps the reader interested and on edge..." InDtale Magazine 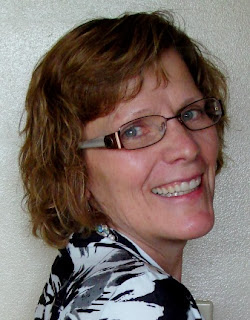 Maggie Thom made the hard decision to freefall, leaving her successful, twenty year career in management, to follow her dream and passion to write full time. The leap has been adventurous and very enlightening. A long-time reader and writer, she was thrilled with the release of her first novel, Captured Lies in the fall of 2012 and her second novel, Tainted Waters released April 30th, 2013. She is busy writing her third novel, Deceitful Truths to be published late 2013 or early 2014. Having married her best friend, she is learning that humor, love and patience, help her navigate her way through her twins’ teen years. 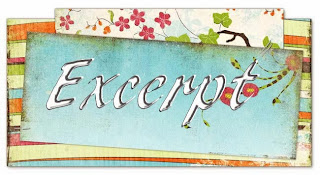 Mr. Sommervold pushed up his round wire-rimmed glasses. She’d already noticed that they had a tendency to slide down his nose.

“I’m not leaving without answers.”

The door opened, his assistant, a stunning auburn-haired woman, poked her head in. “Mr. Sommervold, the Greenings are here. They have a few things they’d like to discuss with you before the funeral this afternoon.”
Solemn-faced, he nodded then turned to face Bailey. “I don’t know who paid for it. Mr. Lund sent me a letter requesting all that she wanted for a funeral. He also provided a second letter.” He opened the folder in front of him, pulled out an envelope, closed the file and dropped it into the bottom drawer of his desk. After a short hesitation, he slid the envelope across to Bailey.
She stared at him for a full minute before reaching out and picking it up. Her name was scrawled across it in her mother’s handwriting. She pressed it between her palms.
“I’m sure this will answer some of your questions. For any others you have, you’ll need to talk to Mr. Lund. Here’s his business card.”
Bailey stared at the envelope. Would it give her the answers she needed?
“Now if you’ll excuse me. I have other clients I need to see.”
She jerked up her head. Mr. Sommervold was standing in the open doorway, obviously waiting for her to leave. A bit dazed, she stood and walked past him to the main foyer, where she stopped.
Everything seemed surreal. Even the rich, immaculate oak entranceway was too perfect, too daunting. Soft hymn music drifted through the building. Quiet voices, whispered, reverent tones heard only at solemn times, drifted to her. They made everything more unreal.
She felt like a character in dream. A bad one. An unexpected shiver shook her out of her reverie.
She strode out of the building to her rented Hyundai. Once inside she stared at the paper clenched in her left hand. There were designs and pictures all over the back of the envelope. Many would dismiss them as doodles but Bailey knew better. She just wasn’t prepared to decipher what her mom couldn’t tell her straight out. Tracing her finger absently over the heart that had three stick figures within it made her pause, for it looked like a family.
Are you saying you’d wished Dad had been in my life? Whoever he was. 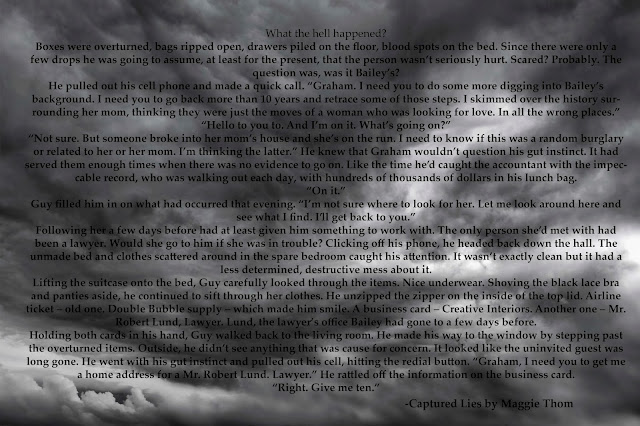