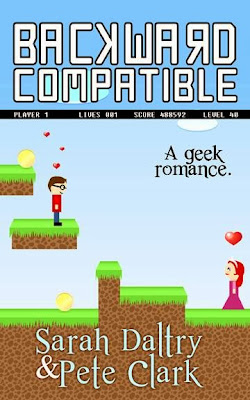 Not too long ago,
in a town that,
depending on your current location,
is either not super far
or actually quite close…

It is a time of chaotic hormones.
Two nerdy gents
home for winter break
have discovered a female gamer
at a midnight release.

During the break,
the gamer trio manages
to reveal the game’s secret boss,
a hidden enemy
with enough power to destroy
anything in its path.

Pursued by other gamers
who want to be the first
to beat this boss,
George and Katie race to level up,
and, in so doing, restore decency


and sexual activity to their personal galaxy… 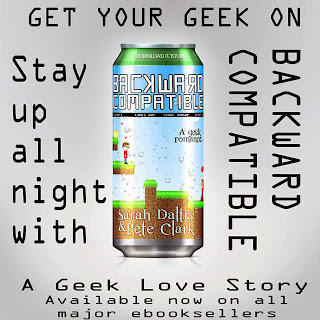 Excerpt:
“These graphics suck,” George says and I look back at the screen. We’re standing in the middle of the Estate, colorful orbs quivering ahead of us. We each have to choose our starting advantage. Waterfalls shimmer in the distance and the sunlight streams over multicolored stones in the courtyard.
“Amateurs,” Lanyon concurs. “I mean, they couldn’t have five waterfalls?”
“Your ironic wit is mind blowing, but choose your damn orbs,” I tell them. I consider. Magic, defense, offense, stealth, and charisma. I always go for magic as a black mage, but I wonder if a druid needs something else. Screw it. I need charisma in real life, too.
“Charisma?” Lanyon asks. “No one ever picks charisma.”
“We’re a party of a thief, druid, and a bard. We’re screwed regardless.”
“You two underestimate the mighty power of my lute,” George argues.
“Did you start with charisma?” Lanyon asks.
“Hell, no. I have charisma in spades. I started with stealth.”
“Great. A stealthy bard,” I sigh.
“She’s right,” Lanyon concedes. “We’re screwed.”
However, it actually isn’t bad at all at first. We power through the Estate and make it to the Yobanaria Dale with no resurrections and all at level ten. I’m impressed. George hasn’t actually fought anything, but he has some pretty awe-inspiring charm mastery already. I think I might have a serious crush. He seals the deal when he buffs my hailstorm spell without even being asked.
“Can you guys watch El Thiefelo? My mom wants me to eat supper,” Lanyon says.
“Yeah, we’ve got it,” I tell him. “The first boss is in the elven ruins anyway, so we should grind a bit. I think he’s a twelve.”
George and I explore the Dale, taking out bats and Joba spores. It’s fairly quiet, except for when we combo with his charms and my spells and he yells out, “Eat lute, bitch,” but it’s nice. We work well, almost inherently understanding each other. I’ve never been able to play this effectively with anyone. I try not to think about his eyes. Stupid boys, being cute and stuff.
By the time Lanyon comes back, we’re all at level 12, although Lanyon leveled up just by standing by a door while we played. Still, we are ready to take on Balsa the Proud. As a black mage, it took me about nine seconds. Trees don’t like fire. However, druids don’t have the same level of black magic and all elemental magic is weakened by the need to draw from the elements nearby. Sadly, trees seem to avoid storing fire runes in their villages. I expect this to be a little more challenging. It might even take fifteen seconds.
“First boss. Also known as the freebie bitch to sucker the young folks into a false sense of security,” Lanyon announces as he runs into the center of Balsa’s lair. The cinema plays and then, in a moment of pure absurdity, El Thiefelo is squished as Balsa steps on him.


“Can someone revive me?” Lanyon whines. 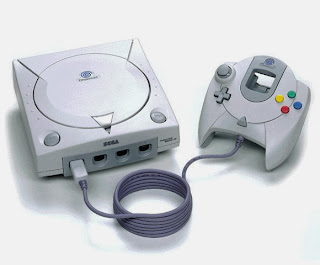 About the Authors:
Sarah Daltry:
Sarah Daltry writes about the regular people who populate our lives. She's written works in various genres - romance, erotica, fantasy, horror. Genre isn't as important as telling a story about people and how their lives unfold. Sarah tends to focus on YA/NA characters but she's been known to shake it up. Most of her stories are about relationships - romantic, familial, friendly - because love and empathy are the foundation of life. It doesn't matter if the story is set in contemporary NY, historical Britain, or a fantasy world in the future - human beings are most interesting in the ways they interact with others. This is the principle behind all of Sarah's stories.

Sarah has spent most of her life in school, from her BA and MA in English and writing to teaching both at the high school and college level. She also loves studying art history and really anything because learning is fun.

When Sarah isn't writing, she tends to waste a lot of time checking Facebook for pictures of cats, shooting virtual zombies, and simply staring out the window.
She has written several books, most notably Bitter Fruits, an urban fantasy in the Eden’s Fall series, and the Flowering series, including Forget Me Not, Lily of the Valley, and Star of Bethlehem.

Pete Clark:
Pete Clark likes writing, animals, potato chips, and cheese. Midnight Riders is his first published novel, although he can also proudly say he finally finished Helix Crashing, the fantasy novel he has been working on for over a decade. In addition, he has written Across the Barren Landscape, a collection of linked Western short stories. He also writes plays, both dramatic and comedic.
When he is not writing, Pete tends to ignore everyone around him and obsess over sports.