Pieces for You by Genna Rulon- Release day Romp and Review! 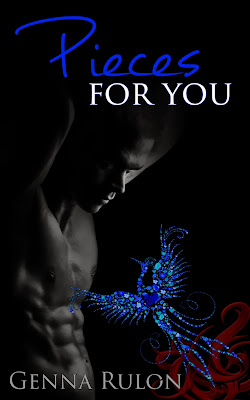 ~ Synopsis ~
"The phoenix hope, can wing her way through the desert skies, and still defying fortune's spite; revive from ashes and rise.” -Miguel de Cervantes

Samantha Whitney survived unimaginable tragedy only to discover she had been betrayed by a man who claimed to love her. Shattered, Sam spends months at a safe haven trying to piece herself back together. Ready or not, the time has come for her to return home.

As Sam struggles to resume a life that no longer feels familiar, she finds unwavering support in an unexpected, familiar face. Confronting Sam’s raw emotions and open wounds head-on, Griffin manages to take two steps forward for every step she retreats.

But when Sam is once again threatened, Griffin must decide how far he is willing to go to protect the woman he wants…knowing the cost of her safety is the risk of losing her.

Pieces For You is a captivating journey of survival, healing, and sacrifice—teeming with honesty, humor, unexpected twists, and love’s unsurpassed endurance.begin to plague Sam, it is Griffin she is forced to turn to.

Though Pieces For You is a part of the For You Series, the book can be read as a stand alone
Add to Goodreads

Pieces For You by Genna Rulon
My rating: 4.5 of 5 stars

Samantha Whitney has suffered the kind of physical and mental torture that anyone would struggle to recover from. She has returned home after spending some time in a healing facility, but now she has to face the realities of life while struggling to put the pieces of herself back together. Her best friend Everleigh is right there with her along with Hunter and their friend Griffen to support her in any way she needs, but Sam longs to feel like her former independent confident self and not have everyone constantly worrying about her. Griffen has been in love with Samantha for years, but before he could make a move she was dating someone else, and then tragedy struck. He never stopped feeling like she was the one for him, but he was willing to wait for her in the role of supportive friend as long as she needed.

Sam works hard to put herself back together and move forward in her life in a healthy way. Griffen quickly starts stirring feelings in her that she was afraid she would never be able to feel again, but she is scared of getting into a relationship that could trigger her having flashbacks of the severe trauma she experienced. As Griffen stands by willing to be there for Sam in whatever way she needs, she finds herself falling deeper and deeper in love with him. He's beyond hot, smart, and incredibly devoted to making her feel safe. Unfortunately, some new threats and terrors bring more tension and conflict into Sam's life, and she struggles to handle the new threats and fears on top of managing her past traumatic experiences.

It was wonderful to get to spend more time with these characters. I really missed Hunter and Ev after finishing Only For You and was thrilled to get to see how their relationship was progressing and get a look at them from another character's perspective. Sam just became more amazing to me as I got to know her better and see just how hard she was working to move forward in her life and feel like herself again. She exhibited some serious emotional strength, and it was nice to see how she tried to use her experience to help other people. It was incredibly sad to learn more just how terrible her birth family was, but wonderful to see the family she created for herself. Griffen is just a spectacular man, and I think it would be hard to find much about him that was anything but desirable. This book has solidified me as a Genna Rulon fan and I will be eagerly awaiting anything she writes next (perhaps Meg's story…). Her characters are people that I would love to be friends with, and I highly recommend this book. 4.5 stars!

My Review of Only for You 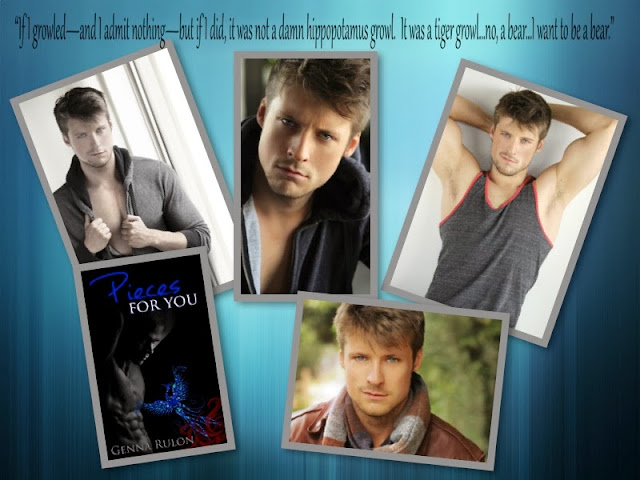 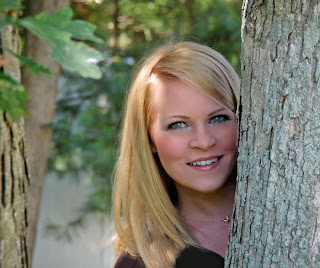 ~ About the Author ~
Genna Rulon is an up and coming contemporary romance author.
During her 15 years in the corporate world, Genna, inspired by her love of reading, fantasized about penning her own stories. Encouraged by her favorite authors, many of whom are indie writers and self-published, she committed to pursuing her aspirations of writing her own novels. Genna was raised in Long Island, New York, where she still resides, surrounded by the most amazing family and friends. Married to a wonderful man, who patiently tolerates her ramblings about whichever book she is currently working on, even feigning interest relatively convincingly! Genna is blessed with two little boys who do their best to thwart mommy’s writing time with their hilarious antics and charming extrapolations.